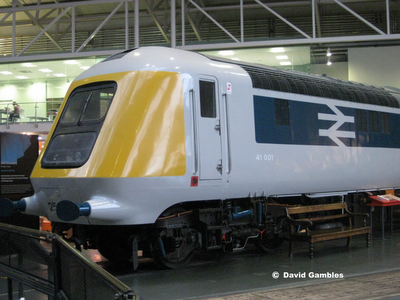 The 125 Group has announced that it has reached agreement in principle with the National Railway Museum (NRM) for the return to service of the forerunner to the High Speed Train (HST) – the train which the revolutionised high speed rail travel in the UK in the 1970s.

“Project Miller”, named after the original designer of the train, will see the 125 Group take prototype HST Power Car 41001 on long term loan from the Museum, subject to finalisation of loan arrangements, and undertake a full technical assessment of the vehicle and its component systems to determine the full scope of works required. These are expected to include repairs and overhaul to systems including cooler group, bogies and electrical and electronic components, as well as replacing the current sectioned engine with a production Paxman Valenta RP200L engine donated to the NRM from the MTU re-power programme.

Since its formation in 1994, the 125 Group has worked to raise the profile of the HST with the aim of securing the preservation of an example of this iconic fleet for future generations.

Gary Heelas, Chairman of the 125 Group, said: – “We are delighted that the NRM has recognised the work of the 125 Group, and what it has achieved over the past 15 years, through giving us the opportunity to work with them to bring 41001 back to life. The Group’s primary objective is to save at least one power car and to return it, as near as possible, to original condition. As the only group dedicated to the future of HSTs we have worked to build an extensive library of technical documents together with a stock of the major components and materials which will be required in future. The “hands on” experience which Project Miller will afford to the team can only enhance our ability to achieve our aims, and will hopefully help to maintain interest in these iconic trains over the coming years.”

Steve Davies, Director, NRM said:- “I am delighted that the NRM feels able to support the potential restoration to working order of this important piece of modern railway history, especially at a time when the original Valenta engines have now been withdrawn from regular front line service. It also helps to demonstrate the NRM’s commitment to bringing focus to a broad range of traction, not just steam. We therefore look forward to working alongside the Project Miller team to deliver what we believe will be a unique contribution to the heritage railway movement’s operational fleet, representing the period of inception of arguably Britain’s most successful train ever.” 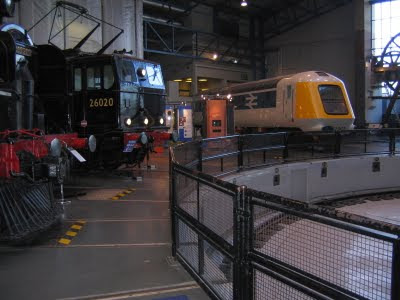 HST Power car 41 001 at the National Railway Museum, currently a static exhibit but hopefully soon to be returned to running order by the 125 Group © David Gambles