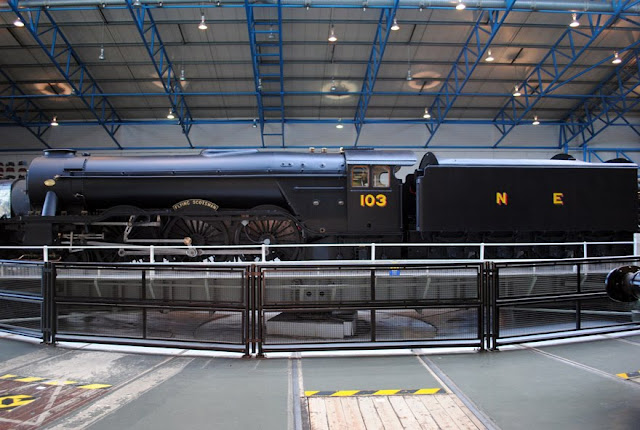 The Flying Scotsman steam locomotive has been officially unveiled after a five-year overhaul.
The steam engine, the first to be officially recorded at 100mph, was bought for the nation in 2004.
The locomotive was withdrawn from service in 2006 for a major restoration at the museum's workshop in York. The project has been supported by the Heritage Lottery Fund and a donation from Tata Steel, formerly Corus.
Visitors to the NRM can preview the iconic locomotive in wartime LNER black for the first time since the 1940s, before her Apple Green livery is applied this summer.
www.nrm.org.uk/planavisit/events/flyingscotsmanunveiling