When I saw Peak Rail's train on Sunday I thought that perhaps this was one of the engines that worked on the Cromford and High Peak Railway as it had the 17D shed code. When I got home I checked and found a picture with this caption.
"Robert Stephenson and Hawthorns 0-6-0ST masquerading as a class J94 and supporting the number No. 68013 (previously WD150 Royal Pioneer) arriving at Rowsley South at Peak Rail with a service from Matlock on Sunday 24th April, 2011."
Somehow I was disappointed.
Richard Lomas 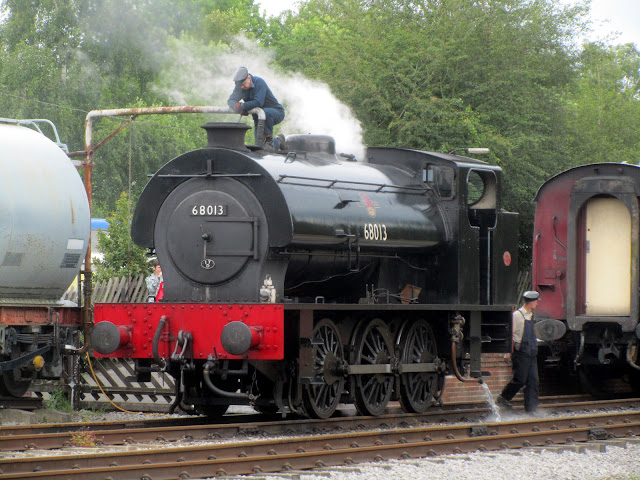 David Gambles has sent me this picture of the real 68013. Thanks David. http://www.prorail.co.uk/archives/images/large/AED_E_2500.jpg
Does anyone remember when a similar engine fell off the rails near Middleton and rolled down the bankside?

Email ThisBlogThis!Share to TwitterShare to FacebookShare to Pinterest
Labels: Derbyshire, railways
Newer Post Older Post Home
The Focus Transport website is intended to appeal to those that have a broad interest in public transport.
We cover topical news items and display high quality photographs relating to the current transport scene and also show archive material from slides and prints that are relevant to the subjects under review.
We publish in-depth articles about transport issues and welcome contributions from anyone who has suitable material.