It has been officially confirmed that the long-awaited guided busway system for Cambridgeshire is to open on Sunday 7th August.

Busway services will run seven days a week and it is anticipated that 3.5 million trips will be taken on the buses each year.

Originally planned to open in 2009, the scheme has been plagued by delays and contractual disputes. The council legal bill to recover costs from contractor BAM Nuttall is expected to reach roughly £6.52 million if the court case goes the distance.
The dispute centres on whether the council should spend close to the £87 million price tag originally agreed for the busway – or a bigger share of the £151 million construction firm BAM Nuttall says it has cost.
However the council is hopeful that it can negotiate a suitable settlement that will satisfy both parties.
Cambridgeshire County Council has deducted £14,000 a day in "late delivery damages" from BAM Nuttall. The buses should have started running in February 2009, but the council claimed that the contractors failed to finish off the track properly. 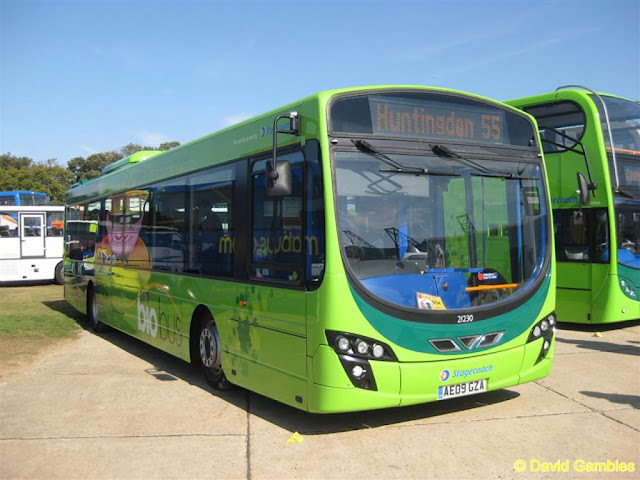 Driver training will take place in the weeks leading up the 7th August opening date by Stagecoach and Whippet, using vehicles that were bought two years ago specially for use on the Busway.
Frustration at continuing delays in the opening of the Cambridge guided busway has seen Stagecoach alter the branding on its dedicated fleet of guided buses from “I’ll be on the busway soon”, to “Will I be on the busway soon?”

A journey between St Ives park and ride to Cambridge Science Park will take just 20 minutes.
Services to Huntingdon will be every 20 minutes with an hourly evening service running until midnight.
Operators Stagecoach and Whippet are now going through the legal procedures of registering busway services and final timetables will be published next week. 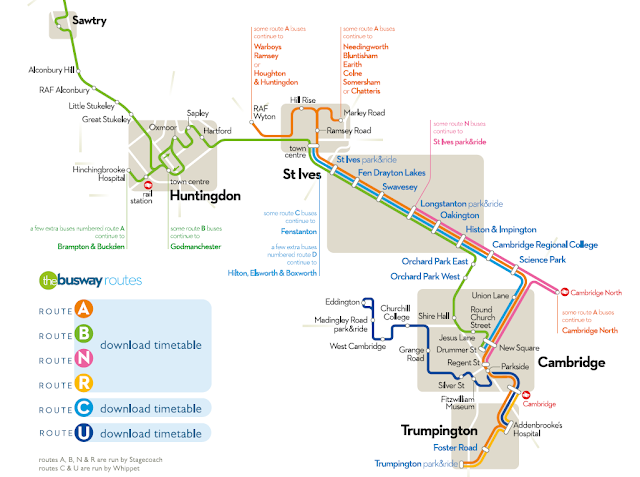 Stagecoach sourced their busway vehicles from Wrights and Alexander Dennis in 2009 and two are seen above and below at the 2009 Showbus event at Duxford. The guide wheels can be seen just ahead of the front wheels. 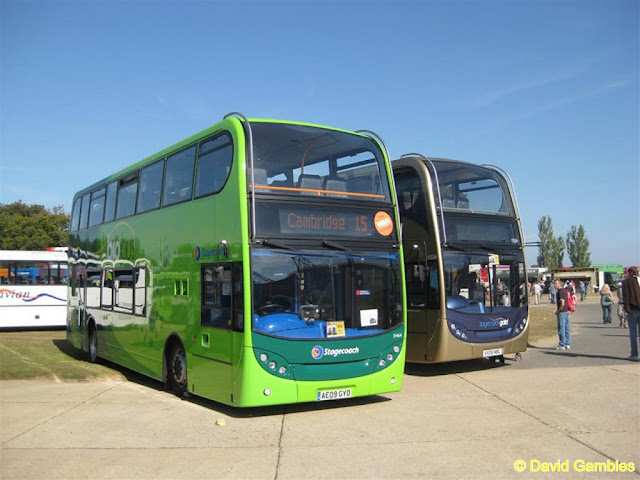