IN WITH THE NEW AND OUT WITH THE OLD


Bear with me we get to the bus bit in a minute.
Was it not a certain Dr.Samuel Johnson who is quoted as saying “When a man is tired of , he is tired of life, for there is in all that life can afford”.
If he lived today in the area of , the site of the forthcoming Olympics in 2012, I am not so sure he would be still saying this.
Of course there is another , the upon-Avon one in Warwickshire where perhaps a certain distant relative operates buses there and throughout Shakespeare country today, but of course that is not such a bard thing is it? It gets worse. 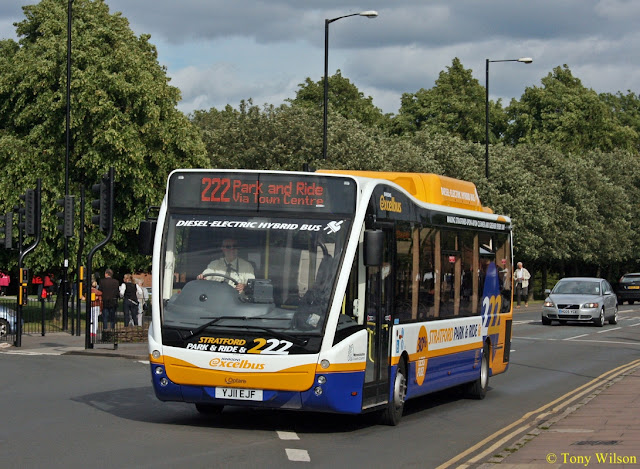 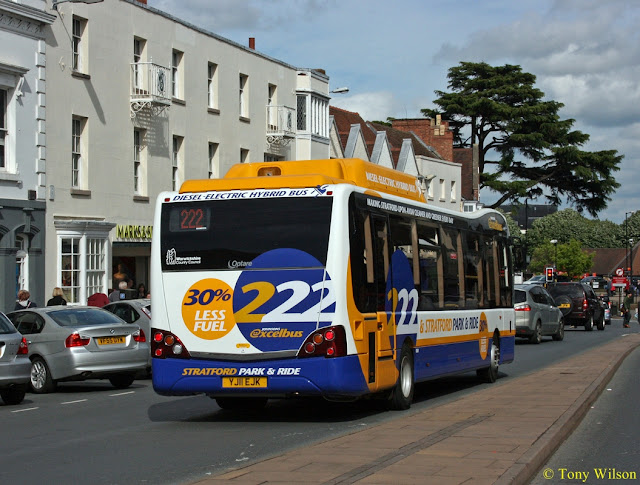 So what is new in this comedy of errors? Most recently a fleet of brand new Optare Versa diesel electric hybrid buses have been acquired and now operate through the town on route 222, which is combined with the Park-&-Ride service. 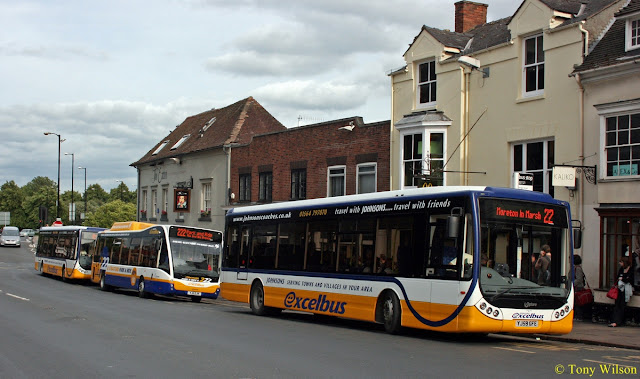 One could be forgiven in thinking that Johnsons operate all services in the town when one observes such a line-up of their buses, at the bottom end of overlooked by what appears to be the Bard himself hanging from a local hostelry. 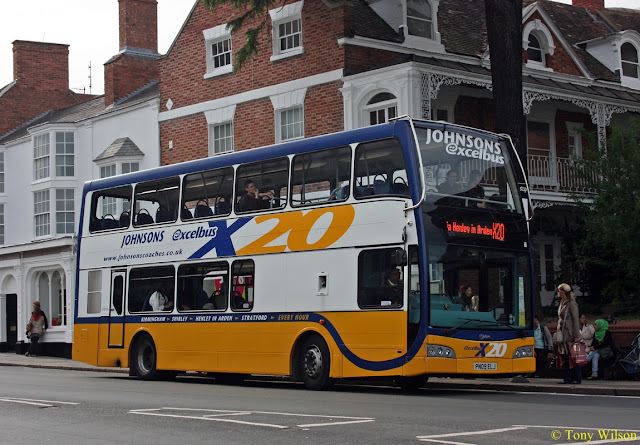 Measure for measure Johnsons must like their Optare products because over the road was one of three Scania N230UD with just such bodywork used on the hourly service to and from . 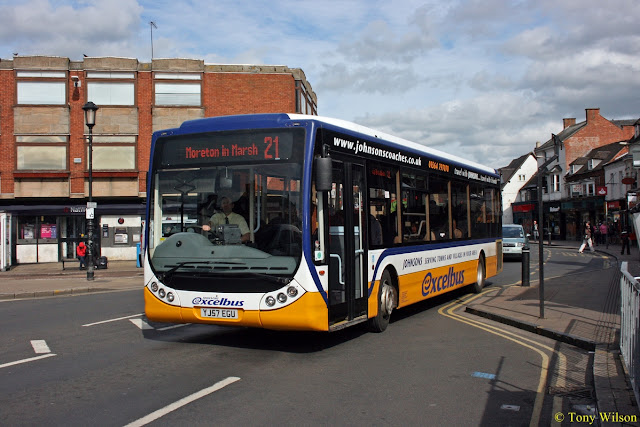 No false staff here as one the company’s Optare Tempos departs from the town centre bound for Moreton-in-the-Marsh perhaps via several hamlets. 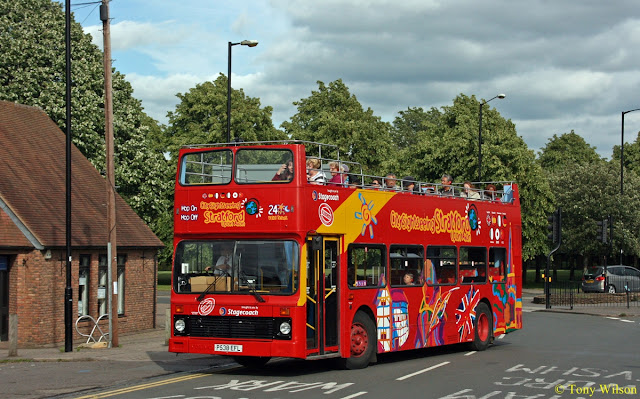 Something for the visitor is a small number of Volvo Olympian open toppers operated on behalf of Stagecoach. Previously run by them in Cambridge perhaps a mobile version of Romeo & Juliet could be enacted with Juliet on the top deck and Romeo peddling along behind on a bicycle. 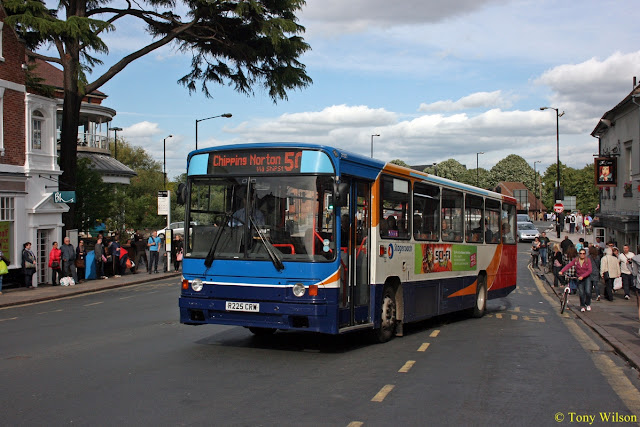 And so we reach the final act and the ‘old’. Once a prominent vehicle especially within the Stagecoach fleets up and down the country, the Volvo B10M with Alexander bodywork is fast disappearing from our highways and byways and maybe they have reached their 12th night.
Ah well as you like it, all’s well that ends well………………………….or was this almost all a Mid-summer night’s dream?

Email ThisBlogThis!Share to TwitterShare to FacebookShare to Pinterest
Labels: buses, independent, Stagecoach
Newer Post Older Post Home
The Focus Transport website is intended to appeal to those that have a broad interest in public transport.
We cover topical news items and display high quality photographs relating to the current transport scene and also show archive material from slides and prints that are relevant to the subjects under review.
We publish in-depth articles about transport issues and welcome contributions from anyone who has suitable material.