An interesting development down in the West Country is recorded hereon the following website.

However, this is not perhaps the first time that something like this has occurred. Way back in the 1960s when the the new Dartford Tunnel had opened, there was a need to provide alternative transport for cyclists. Thus the Dartford Tunnel Joint Committee acquired five Ford 6D Thames Trader vehicles with suitably adjusted bodywork provided by the Strachans company. With 33-seats on the upper deck, racks on the lower deck enabled the accommodation of 23 cycles. A rather steep staircase needed to be climbed to the upper deck, but being cyclists, they were obviously deemed fit enough to do just that. No doubt in today's climate such antics would be frowned upon by Health & Safety.
The buses were operated on the Committee's behalf by the then London Transport Board and I believe they were housed and maintained at the Dartford Garage.
Two images are attached. An original black and white in my collection showing the rear aspect from an unknown photographer, the other one of the five that remains to this day in the hands of a preservationist in Essex. This image was taken by me in the yard of the then Ensignbus company at Dagenham in July 1993. 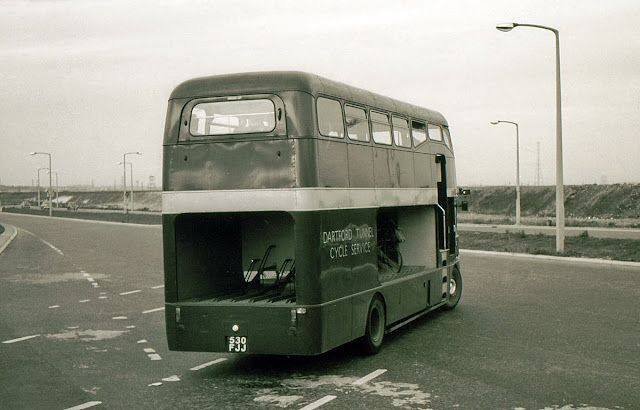 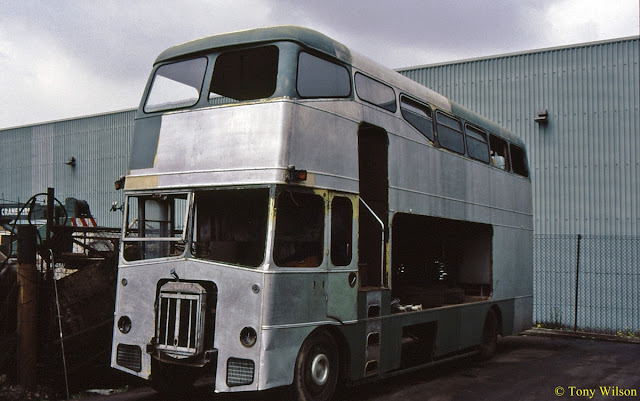