A remarkable scheme to utilise the so-called "sub-surface" electric trains from London Transport to ease a lack of capacity on the route between Leeds, York & Harrogate has been reported by the BBC News website.
http://www.bbc.co.uk/news/uk-england-york-north-yorkshire-14143032
The scheme has been given full support by Harrogate business leaders. District Line trains - commonly referred to as 'sub-surface stock' which are due for replacement and which were overhauled five years ago are being put forward as the solution to the lack of capacity on the line to Harrogate. 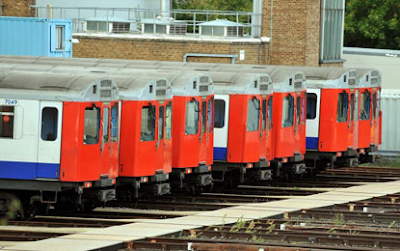 The trains run on a "four rail" system whereby two extra lines would need to be added, not a " couple of feet above the track" as reported by the BBC! and this could prove expensive and unreliable in the much colder, damp climate of Harrogate, compared to the kinder weather conditions of outer London.
In October 2010 many District line trains were withdrawn from service for checks and repairs following scares about the power collector shoes working loose and getting trapped under wheels. Whether Network Rail have been consulted on the scheme it doesn't say, but the costs of having to lay the extra two tracks and the associated maintenance at a time when the third rail rail system has been under review following last winters poor performance would make it very unlikely that this scheme will be successful. 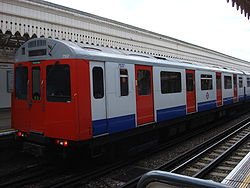 However, if the trains could be modified to collect power from conventional overhead cables this would have more merit, as the track and infrastructure could then be used eventually by conventional electric rolling stock.
http://www.londontubemap.org.uk/tube-lines/district-line/