THE anticipated date to get Flying Scotsman back on the rails has been delayed until next year, it was announced yesterday. It was predicted to be back in use this year, but that has been re-scheduled for summer next year due to a series of issues that occurred during the restoration process.
The locomotive is currently at the National Railway Museum (NRM) workshop in York, where a team of engineers are finalising work to bring it back to its original condition. 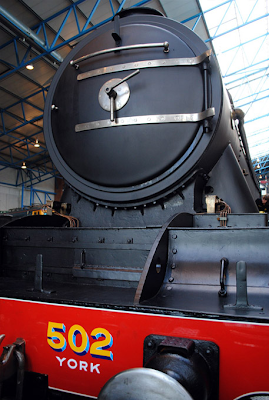 Last year, the NRM launched the Steam Our Scotsman appeal with the aim of raising £250,000 to get 4472, which was designed by Sir Nigel Gresley and built at Doncaster works in 1923, back on the tracks. So far, just over £140,000 has been raised and work is ongoing.
Helen Ashby, NRM head of knowledge and collections, said problems had pushed the timetable of work on Flying Scotsman off course. She said: “That some of the components we’ve now had the opportunity to strip and check ready for replacement are more worn than we anticipated.
“It’s involved a lot more replacement and refurbishment work than we thought there would be originally.”
"To get the train tested in spring next year and fully in use by the summer was a more realistic programme, as almost all components will now have to be investigated".
Chris Beet, engineering and rail operations manager, said: “Essentially, it’s a very big job and very time consuming.
“If you make a mistake with a very expensive piece of material, then you’ve wasted that material and you’re left with a big time delay. It’s a tremendous challenge but it’ll be a real achievement for the workshop staff, the museum and for British industry when we are finished.”
But he said once Flying Scotsman was back in full working order, the sense of achievement would be huge.
“It should have been scrapped 46 years ago by British Railways,” he said. “It’s been running longer now in preservation than it actually was when it was built."

This is a massive blow to the restoration programme, especially as Flying Scotsman was previewed to the public on 27th May in wartime black and some will question why these faults have been discovered so late in the day. http://www.nrm.org.uk/planavisit/events/flyingscotsmanunveiling