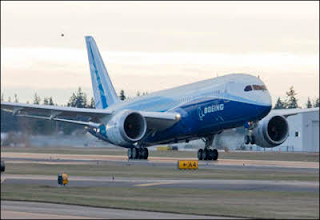 Three years overdue and billions of dollars over the budget, the Boeing 787 Dreamliner has made its debut. First deliveries will be made to Japan's All Nippon Airways next month in Tokyo.

The first revenue passenger service with the Boeing 787 Dreamliner will be a special charter between the All Nipon Tokyo Narita base and Hong Kong.  This will take place approximately one month after the first delivery, scheduled for September, according to a statement from the airline.  “The Narita-Hong Kong maiden flight will be available to any customer who applies for the special package tour departing Tokyo.
After its debut service, the airline says that it will offer two special domestic flights which will be available to its frequent flyers only, enabling them to sample the new aircraft prior to its entry into general service.  These will both depart and arrive from Tokyo Narita, according to ANA, and will last around one hour.