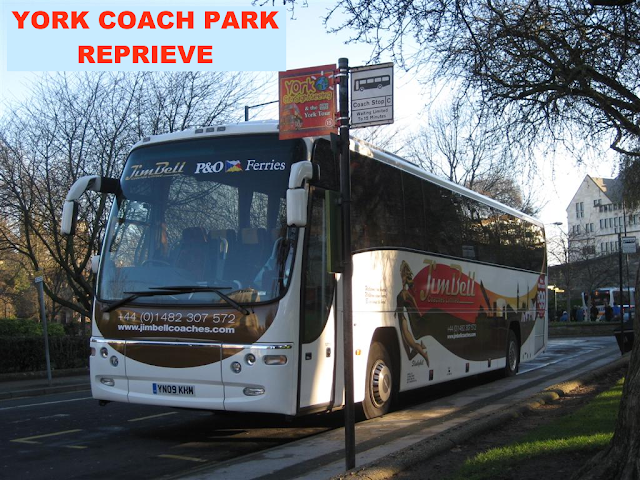 Plans to sell part of the site to the university had been approved by the City of York council, and options for the sale were at a consultation stage.
The vice chancellor of the university said it had decided to reconsider after taking part in the consultation following many objections to the scheme including a 22,000 signature petition.
The City Council had ignored the objections and were pushing forward with the plans, in spite of the coach park being heavily used all year round. The amount of available coach parking is, at times not enough to meet demands and the council were unable to grasp the link between the many visitors who arrive by coach and the fact that coaches require parking suitable facilities.

Council leader, James Alexander is unrepentant and, said "Naturally, we are disappointed that despite all the work that has been done, the university has chosen to withdraw their proposed plans for expansion on the Union Terrace site."
It can be assumed from this comment that the Council Leader hasn't realised how out of touch he and his fellow councilors are with the role that coaches and tourism play in the city.