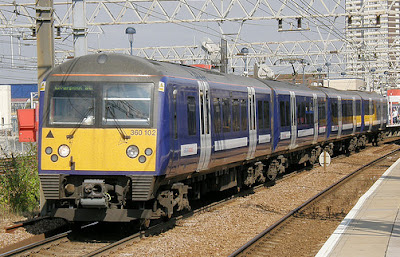 Dutch state rail operator Abellio have been awarded the 29 month interim Greater Anglia franchise which will run from next February. Both Stagecoach and Go Ahead are said to be disappointed not to have been successful at gaining the contract.
The franchise covers commuter trains running from Essex, Suffolk, Norfolk and Cambridgeshire into London Liverpool Street These routes will carry a significant proportion of the spectators travelling to the 2012 Olympics in Stratford and it is said by some critics to be irresponsible to have timed the start of the new franchise before the start of the Olympics rather than have continued with the existing operator during what will be a complicated and stressful operation.
Abellio already operate the Northern and Merseyrail franchises and this latest award further increases the number of foreign owned companies operating the UK rail system.
The Greater Anglia franchise is currently operated by National Express who are being stripped of the contract three years early after defaulting on the East Coast franchise. The following franchise period is expected to last a much longer period of 15 years when it is renewed again in 2014.
http://www.dft.gov.uk/news/pressrelease/dft-press-20111020/