This weekend the National Railway Museum at Shildon in Co Durham is displaying all seven surviving English Electric Deltics. The Shildon museum is home to the original Deltic prototype which, for the weekend, has been joined by the other six preserved examples.
I arrived at the site to find all seven Deltics making a fine sight and took the opportunity to photograph them from the road overbridge before making my way to the Railway Museum site. As I photographed from the bridge the engines of 55002 The Kings Own Light Infantry burst into life, sending a cloud of exhaust smoke high in the air and soon the engines of 55019 Royal Highland Fusilier also exploded into action. 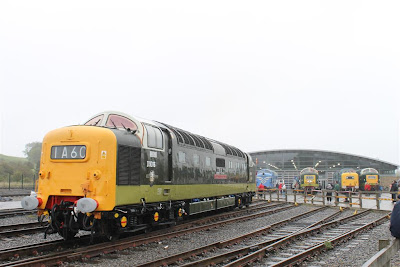 55002 later carried out a few trips along the museum line giving everyone an opportunity to sample the sounds of one of these fascinating machines.
Unfortunately the weather spoilt the day, making photography difficult, as rain doesn't mix very well with camera equipment. Here's a small selection of photos taken on the Saturday, keep checking the FocusFlickr site for a more comprehensive selection.
http://www.focustransport2011.blogspot.com/ 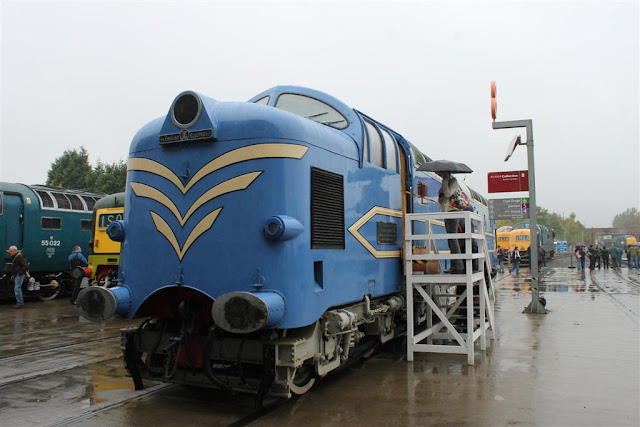 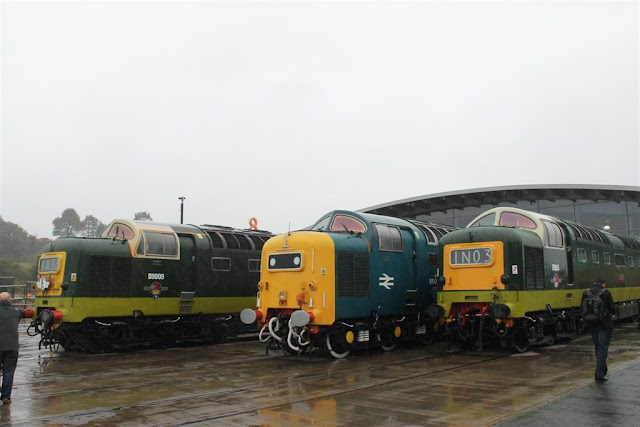