Arriva North East have invited nominations for naming the new fleet of VDL SB200/Wright Pulsars. Eleven of the vehicles which will operate in the Middlesbrough area are to be named after Middlesbrough football players. The closing date for entries is 13th January 2012 .
http://www.arrivabus.co.uk/content.aspx?id=15985 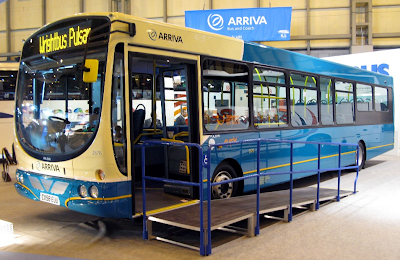 Arriva North East are taking delivery of a large number of new Pulsars. As well as the ones mentioned above, more are due at Durham and others are destined for Ashington and Blyth followed by Darlington and Stockton.
It must be noted that having taken delivery of 20 Temsa Avenues last year, Arriva North East haven't seen fit to order any more of this type of vehicle.
The Arriva North East fleet is badly in need of updating, the influx of new vehicles being long overdue.