Train maker Bombardier has been awarded a £15m three-year maintenance contract from ScotRail.
A spokesperson for Bombardier said the deal, to support ScotRail's Class 170 Turbostar fleet, was "significant".
http://www.bbc.co.uk/news/uk-england-derbyshire-15717142 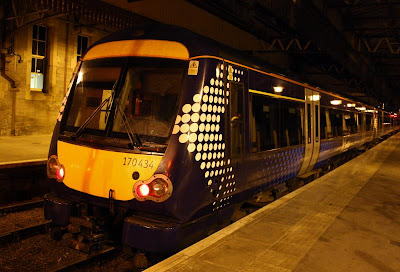 The Class 170 was built by Bombardier (previously Adtranz) at Derby and introduced after privatisation, they have operated as regional trains as well as long-distance trains, and to a lesser extent suburban trains. 122 units have been built.
First Scotrail is the largest operator of the Class 170, with a fleet comprising 59 3-car sets. Originally, 34 of these had First Class accommodation. They are mainly used on Edinburgh-Glasgow (Queen Street), Inverness-Glasgow/Edinburgh and Aberdeen-Glasgow/Edinburgh services.