The five Councils within Tyne & Wear will soon attempt to take control of buses in their area with a London style system, leaving the three main operators to tender against each other for the routes they currently operate.
City leaders will this week be told to authorise Nexus, the organisation which owns the Metro system, to kick-start a process which will see London-style bus control powers returned to Tyne and Wear’s five councils.
Part of their bid for control is based on the claim that the five finance departments in Newcastle, Gateshead, North and South Tyneside and Sunderland spend more than £59m a year of taxpayers’ money on bus subsidies and concessionary fares.
What they conveniently don't mention is the fact that a large share of that money comes from central government to pay for concessionary travel. All they do is pass on the money to bus operators, but in doing so they claim it's their money that they are spending.
Council tax payers within Tyne & Wear should start to feel anxious now, as the London style system costs tax payers heavily and the current operators Stagecoach, Arriva and Go Ahead would demand massive compensation for the loss of routes and depots if the scheme was to go ahead.

http://www.chroniclelive.co.uk/north-east-news/evening-chronicle-news/2011/11/22/councils-bid-to-take-control-of-tyne-and-wear-bus-routes-72703-29819514/#ixzz1eT9S3aOm
Also see Franchising and the cost of buses in London by TAS who criticise the whole principle of Quality Contracts and who say that "the ITA's pretend that franchising success can be replicated elsewhere in the UK simply by changing the regulatory system and at no cost to the public purse is, frankly, not remotely credible"
http://www.tas.uk.net/content/index.php/bus-posts/view/627-franchising-and-the-cost-of-buses-in-london-some-facts
Newcastle in particular, have a poor record of supporting buses within the city, due to their failings in preventing illegal parking at bus stops and failure to prevent abuse of bus lanes and no car lanes. How they think they can improve matters by taking control of the buses when they make a poor job of their existing duties is beyond comprehension.
David Gambles 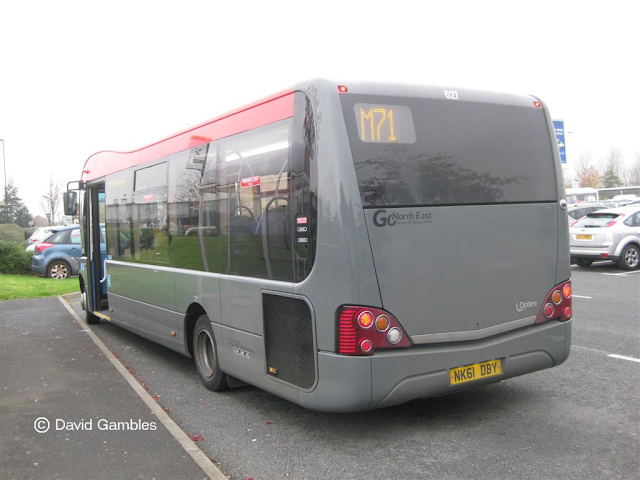 Email ThisBlogThis!Share to TwitterShare to FacebookShare to Pinterest
Labels: Arriva, buses, Go-Ahead, Stagecoach
Newer Post Older Post Home
The Focus Transport website is intended to appeal to those that have a broad interest in public transport.
We cover topical news items and display high quality photographs relating to the current transport scene and also show archive material from slides and prints that are relevant to the subjects under review.
We publish in-depth articles about transport issues and welcome contributions from anyone who has suitable material.