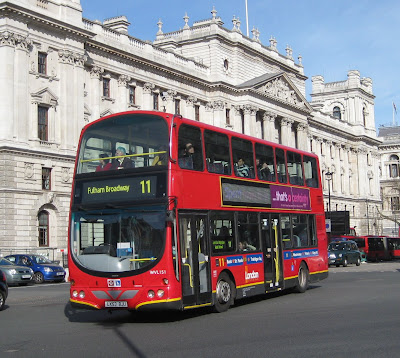 After bus drivers demanded a £500 bonus to work during the Olympic period, Boris Johnson has accused transport workers of money-grabbing and asked their Unite union to back down. The claim would slap a £14 million bill on passengers and taxpayers. It is the latest of several demands - totalling nearly £30 million - by transport staff to work during the three-week Games.
The Mayor branded Tube and bus drivers as "chiselling". He said: "It is incredible that people are using their positions to lever more money out of London's transport budget. I don't think it is reasonable."
Unite London regional secretary Peter Kavanagh said an extra 800,000 passengers are expected on buses during the Olympics, meaning staff will be working far harder, with "significantly increased revenue" for Transport for London.
"We are just looking for a fair share," he said. Bus drivers earn an average of £24,000 - among the lowest rates for transport workers in London.