The first of the recently displaced London Mercedes Citaro bendy buses have entered service in Tyneside, carrying fleet numbers 5339 and 5341.
They have been converted to two door configuration and are being used on the X66 express route between Gateshead Interchange and Gateshead Metro Centre. http://www.simplygo.com/all-services/centrelink
The buses carry a new gold livery which coincides with the fact that the majority of the batch of articulated Citaros have been acquired to operate on the busy 58 Cross Tyne service, which has used gold livery since introduction of the current non-articulated Mercedes Citaros in 2008.
When the bendy buses are introduced onto the 58 route the 08 reg Citaros will transfer to the 43 and 44 "Diamond" routes and in readiness for this Go North East have already started to paint them into orange livery. 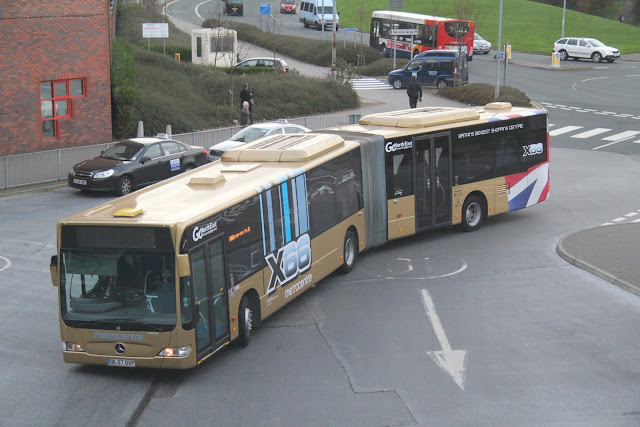 In readiness for conversion of cross Tyne route 58 being converted to bendy buses the current route 58 Citaros are being painted orange so that they can move to the Diamond route. 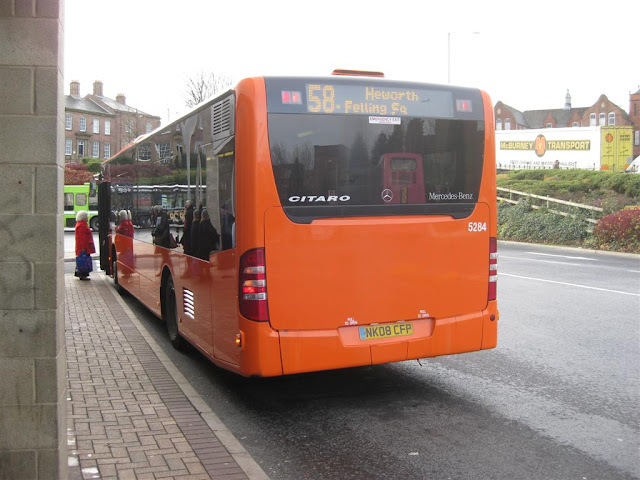