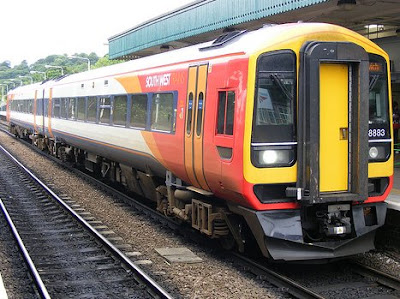 The government has announced that extra carriages will be introduced on trains serving London and the South West. The Department for Transport said South West Trains services from London Waterloo would get the first of 60 additional carriages in May 2013.
Waterloo International Station will also be reopened for commuter services.
Services from Windsor, Weybridge, Portsmouth, Southampton, Eastleigh, Reading, Hounslow and Alton into Waterloo will be lengthened.
Additional services will also run from Reading, the DfT said.
The additional trains will use platform 20 at the former Waterloo International Terminal, which will come back into use from 2014.