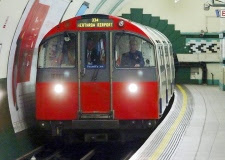 London Underground (LU) is challenging the validity of the strike called by the Aslef union's leadership over its claims for additional Boxing Day pay.
The union announced last week it was calling four 24-hour strikes in the coming weeks, claiming LU was offering no extra pay for working the bank holiday.
LU said Aslef was seeking triple pay and an extra day off for working on Boxing Day, adding that the drivers already earned a premium in their annual salary for working on public holidays.
Howard Collins, LU's chief operating officer, said: "This threat of strike action is disgraceful, and Londoners will share our disbelief at these outrageous claims by Aslef's leadership for even more money to work on a day for which their members are already being paid.
http://www.bbc.co.uk/news/uk-england-london-16279522
http://www.thisislondon.co.uk/standard/article-24023390-legal-action-over-boxing-day-tube-strike-reaches-high-court.do