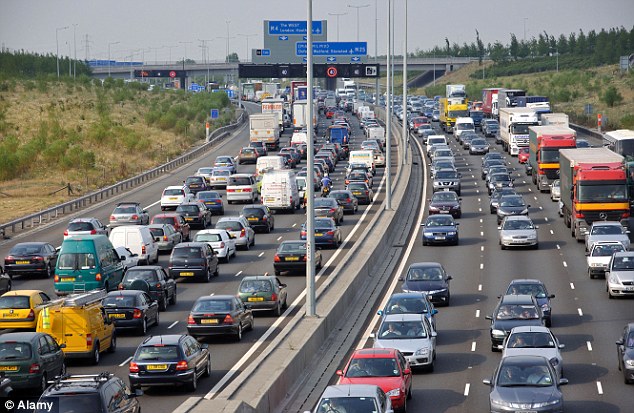 Brighton and Hove Bus and Coach Company is offering sightseers a tour of the M25 London Orbital Motorway.
Tourists pay £15 for the journey on the 117 mile road as they learn a bit about the history of the motorway that has been dubbed the 'UK's largest car park'.

The trip departs from Worthing and picks up at Hove and Brighton before heading north on the A23 and M23 to join the M25 at the Merstham Interchange. The toss of a coin decides which direction the coach will then travel around the motorway.

London-based firm Premium Tours also plans to launch its own tours of the M25 to coincide with the Olympics.
It is making the somewhat bold claim that the M25 is London’s answer to Route 66. Its slogan reads: ‘Forget Route 66, join us on a Premium Tour of the world’s greatest road: the M25.’
The trip will stop off at points of interest such as Waltham Abbey, Wisley Gardens and Heathrow Airport’s Terminal 5, The Independent reports.
Premium Tours managing director, Neil Wootton, told the newspaper: 'We welcome competition from our friends in Brighton – it's the Olympics, after all.
David Gambles