Northbound rail passengers entering York station will benefit from the newly completed track modifications opened this week by Network Rail. The south end of York station is no longer a bottleneck for services on the east coast main line after engineers worked through Christmas to bring new track and signalling systems into use.
Infrastructure work at Holgate to install an additional line and new junction were completed on time and on budget earlier this year. Because the programme to control the new signalling layout is extensive and complicated, the commissioning was held back to Christmas, when no trains were running.


Previously trains travelling from Leeds to the north east and Scotland conflicted with other passenger services, often resulting in trains being forced to stand before they could access platforms 10 and 11. This has now been resolved by inserting an extra section of main line, creating greater freedom of operation and a better flow of trains into and out of the station.
http://www.networkrailmediacentre.co.uk/Press-Releases/CHRISTMAS-DELIVERY-FOR-RAIL-PASSENGERS-AT-YORK-FASTER-TRAINS-AND-MORE-SERVICES-197a.aspx 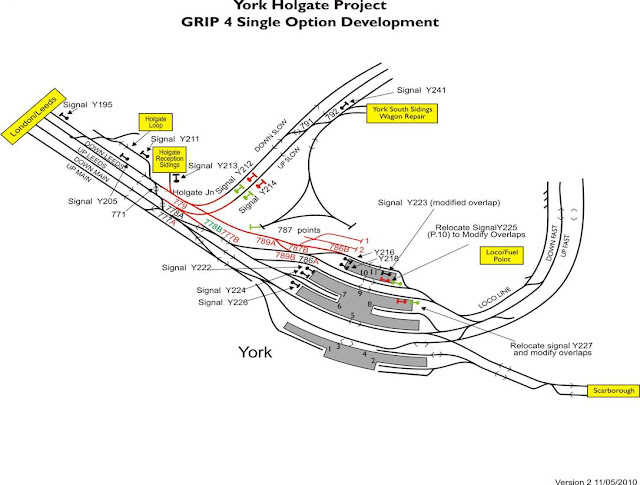 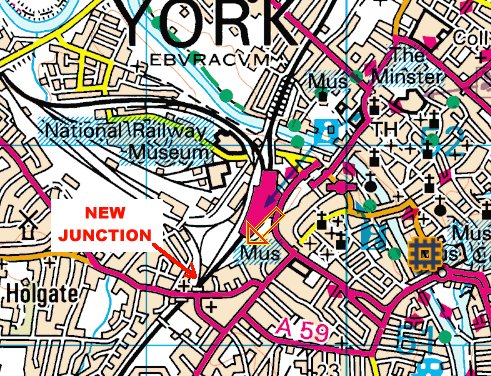