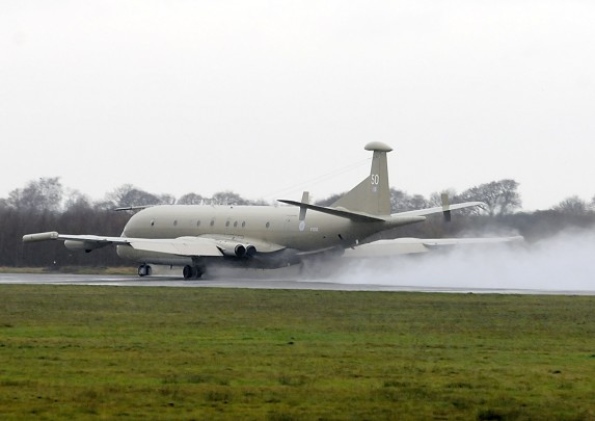 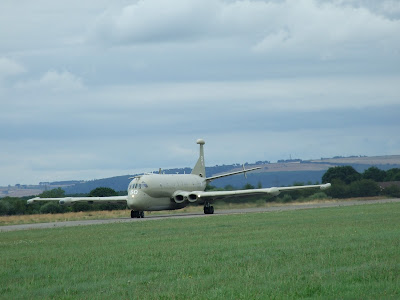 The Yorkshire Air Museum’s £400 million Nimrod MR2 XV250 recently performed a full engine run and fast taxi, designed to keep the Nimrod in tip-top condition and airworthy, down Elvington Airfield’s runway - reaching speeds of up to 100knots.
The weather may have put some people off visiting the airfield, but those who braved the rain were treated to the roar of its engines and the rare opportunity to see the special plane in motion. The Nimrod’s next job will be to host Santa at the Yorkshire Air Museum on Sunday 18, Tuesday 20 and Wednesday 21 December only.

XV250 finally flew into Elvington on April 13th 2010. To the delight of the crowd of around two thousand, pilot Squadron Leader Stuart “Roxy” Roxburgh, touched down briefly and then powered up for another pass over the Museum. TV, radio and film crews were on hand to witness the official handing over of the keys and the aircraft was eventually pulled onto the Museum site the following day after the RAF ground crews had removed all ”Restricted” operational items. The aircraft remains in flying condition and is officially still on RAF charge, regular engine turns and maintenance are carried out under RAF control.

Click on this link to see a video of a previous fast run at Elvington, http://www.youtube.com/watch?v=yHRS6UKTVdE&feature=related