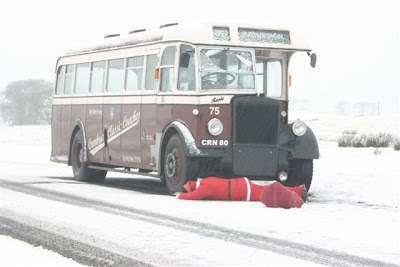 We have an exclusive story concerning a road traffic accident in Cumbria this week.
During a snow storm, a Cumbria Classic Coaches vehicle struck a man who was later named as S. Claus. Initially it was thought that the man was seriously injured but the bus driver ran back to the Cumbria Classic depot (phones never work in Cumbria) to get the assistance of Alison, who came and gave mouth to mouth resuscitation.
After three hours of this he eventually seemed to recover and with a smile staggered off into the distance with his sack of presents.
We are pleased to report that he later phoned Cumbria Classic Coaches to see if they would help him with transport on Christmas Eve as his sleigh had been impounded by VOSA.  Apparently he requested Alison as the driver. 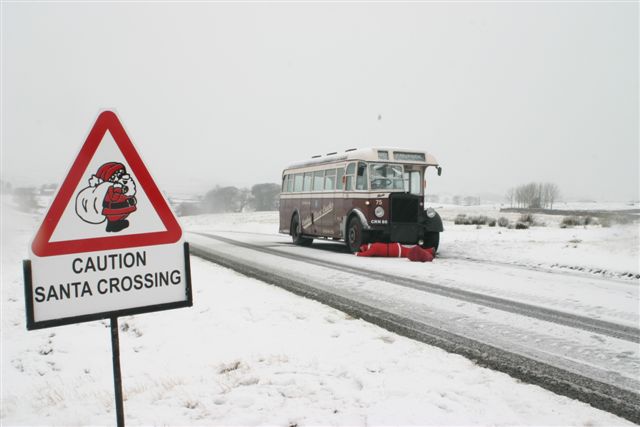