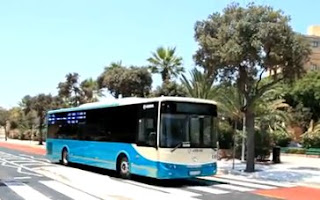 Arriva’s UK Bus and Mainland Europe divisions are entering a partnership with King Long, China’s largest bus exporter. Arriva is looking for lower capital and running costs, which it says explains its decision to work with a Chinese builder rather than with any of its established UK or European suppliers and follows the delivery of 174 King Longs to Arriva Malta.
UK manufacturers must be very upset at the move, especially if they haven't been asked if they would like to participate in such a close working agreement.
Kevin O’Leary, engineering director for Arriva Mainland Europe, says: "Arriva is a significant fleet operator and although the vast majority of our fleet comes from UK and European suppliers, we want to evaluate the potential and capabilities of King Long in other markets. Operationally, it's also important we have the depth of choice of vehicles which are best suited to our various networks in different countries. We continue to strongly support the UK and wider European supply industry."
Full story in Bus & Coach.com   http://www.busandcoach.com/newspage.aspx?id=6293&categoryid=0
Link sent by Tony Wilson


Although King Long have had a presence in the UK for a few years, they have failed to make much progress, especially with regards to the big fleets. This agreement will maybe help to bring some respectability to the product and indeed it has been announced that Arriva Derby will trial a 12m service bus built to Malta spec during 2012 for around two months. Remember, Arriva are bus and coach dealers and have the resources to promote a new brand.