Part of a £22m plan to take 300,000 cars off York's roads has gone out to public consultation.
The government gave York council £22m late last year to spend on improving traffic flow and access to the city.
As part of the plans the Askham Bar park and ride site will be rebuilt with 1,100 spaces behind the Tesco supermarket off Tadcaster Road. 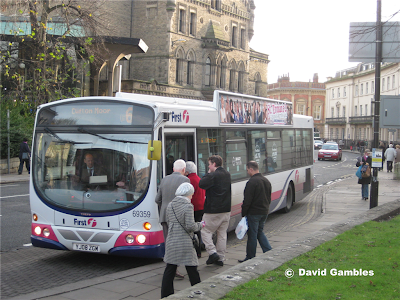 Designs for a new access junction are available for people to view and comment on until 24 February.
Further consultation on a new 600-space park and ride site at Poppleton Bar, off the A59, will go out to public consultation from 6 February. However, residents in Upper and Nether Poppleton say the site on the A59 will exacerbate congestion on the busy road and many object to the use of greenbelt land.
It is planned to take a further 300,000 cars off York's roads to contribute towards improving air quality, reduce congestion and reduce York's carbon output by 1,500 tonnes per year."
The Park & Ride project also represents one of the largest single investments in the city's transport infrastructure since the northern ring road was built, it will help to deliver one of the council's key priorities to 'Get York Moving' and will enable environmental improvements to be made to support the city's economy.
http://www.york.gov.uk/news/latestNews/PR2477