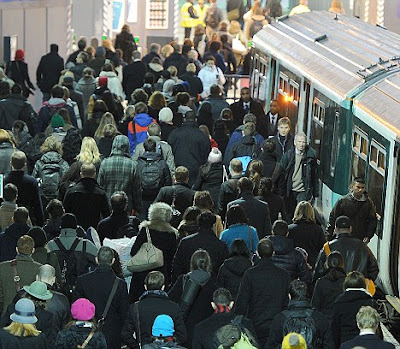 The report's author Eilis Lawlor added: "Our research puts figures on what anyone who has been to France or Spain already knows – the UK's railways are poor value for money.

The UK only came top in one category - the frequency of trains compared to other countries.

The report was released ahead of the Government's response to the McNulty review on the future of the railways, which is expected to be published shortly. It was commissioned by Bob Crow, leader of the Rail Maritime and Transport union.
A Department for Transport spokesman said: "Unions are right to highlight the cost of railways and that also means looking objectively at Sir Roy McNulty's conclusions which set out how this needs to be done. We will shortly announce plans which will deliver a better value railway for the benefit of passengers, taxpayers and the wider economy. We hope unions will work with us on this."

A spokesman for the Association of Train Operating Companies said: "This doesn't come close to giving the full story about rail travel. Decades of decline on the railways have been reversed since privatisation, with passenger numbers, satisfaction and punctuality all close to or at record levels thanks to the time and money invested in improving services."