at First were hauled before Ms Bell after transport officials found up to 26 per cent of buses turn up late or early. The firm told the hearing they are operating in ‘difficult economic circumstances’’ and also blamed roadworks. 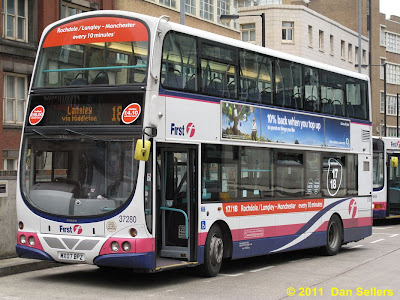 Directors at First Manchester were hauled before Traffic Commissioner Beverly Bell this week, after VOSA officials found up to 26 per cent of buses turn up late or early. The firm told the hearing they are operating in ‘difficult economic circumstances’’ and also blamed roadworks.
Mr Soper, strategic development director north for First, admitted to the hearing that services that were consistently unreliable would not survive and Ms Bell told him: “They damn well won’t survive because I will take them off you.” 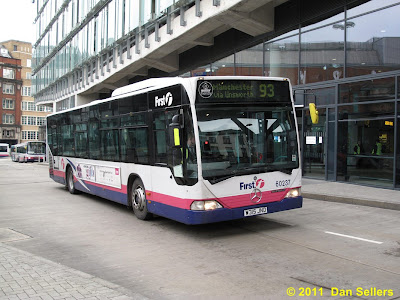 Asked why one service had not improved, the firm’s service delivery director Kenneth Poole, said: “They hadn’t got round to it.”
Ms Bell said: “So when I go out to get a bus, in the freezing fog, on my way to a doctor’s appointment, it is in the knowledge that First Group with £14m profits hasn’t got round to it.
“Were you not bothered about coming to a public inquiry and facing the wrath of the regulator? Don’t you think you should do something about it? This has been going on for a year. It is failing badly and you have done nothing about it.
“If you hadn’t got round to it when you are facing the regulator, when are you going to get round to it?”
The hearing was adjourned until March so First could produce a schedule showing the punctuality of its services and the plan of action for dealing with those that were not on time.
Ms Bell said it should be more than sufficient time to get their ‘act together.’