"It has been announced that the Go-Ahead Group is in the process of taking over the Carousel Buses company. Based in High Wycombe, Buckinghamshire this company of around fifty vehicles has operated a variety of routes through the town and around the surrounding area for several years.

Secondhand buses such as Dennis Darts, Leyland Olympians, MCW Metrobuses and Volvo B7TLs have been sourced from some of the London bus companies, but in recent times new vehicles have been acquired, including three 12m long Irisbus AgoraLine, three MAN 14.220/MCV Stirling, three Mercedes-Benz Citaro, a single Plaxton Primo and in January 2012 a trio of Mercedes-Benz OC500U/MCV C124RLE Evolution. So, very much a mixed bag of vehicles.
The basic livery which began as London red has been adapted to red and maroon, although that said, a number of vehicles have been route branded for specific duties." 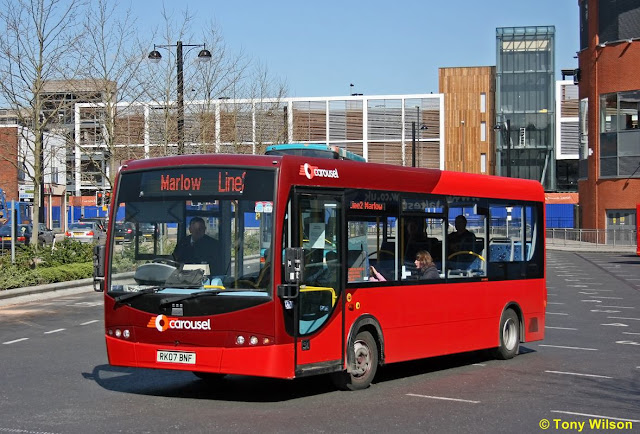 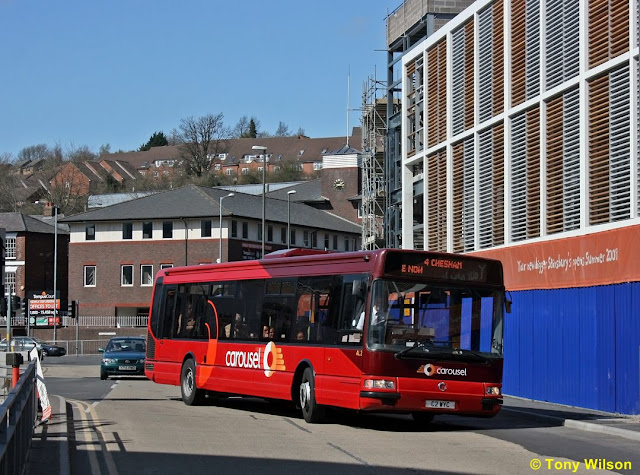 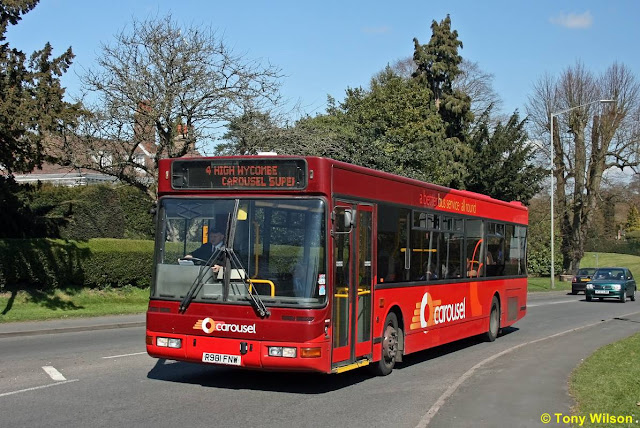 Email ThisBlogThis!Share to TwitterShare to FacebookShare to Pinterest
Labels: buses, Go-Ahead, independent
Newer Post Older Post Home
The Focus Transport website is intended to appeal to those that have a broad interest in public transport.
We cover topical news items and display high quality photographs relating to the current transport scene and also show archive material from slides and prints that are relevant to the subjects under review.
We publish in-depth articles about transport issues and welcome contributions from anyone who has suitable material.