Well, as predicted the NbfL didn't enter service yesterday and is said to be still undergoing certification. However, I did see LT1 (LT61 AHT) out and about, so was able to snatch a few quick photos, which are shown here. 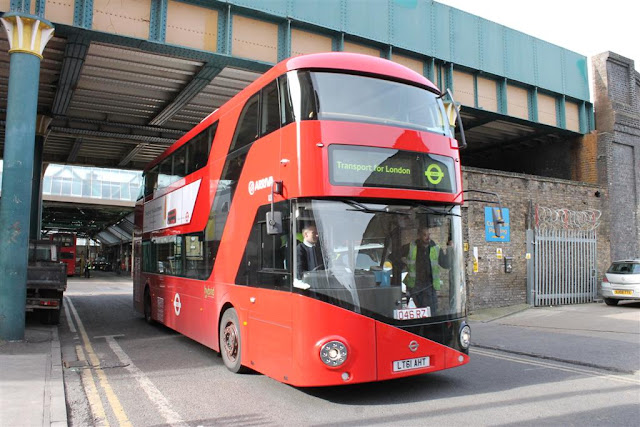 I understand that it will not be this vehicle that enters service, as it is currently being used for testing.
Another vehicle that is yet to be delivered, will be the first in service, hopefully on Monday 27th February. 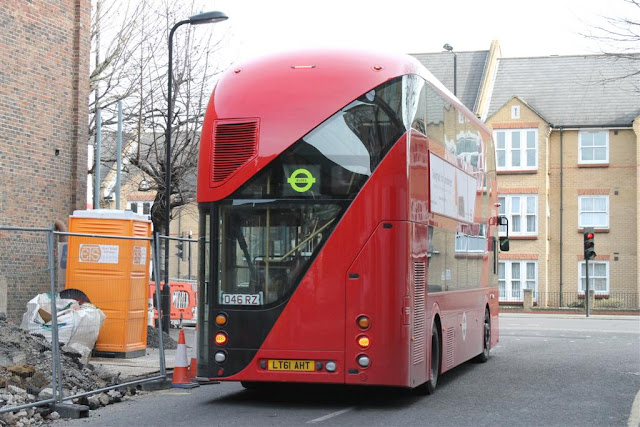 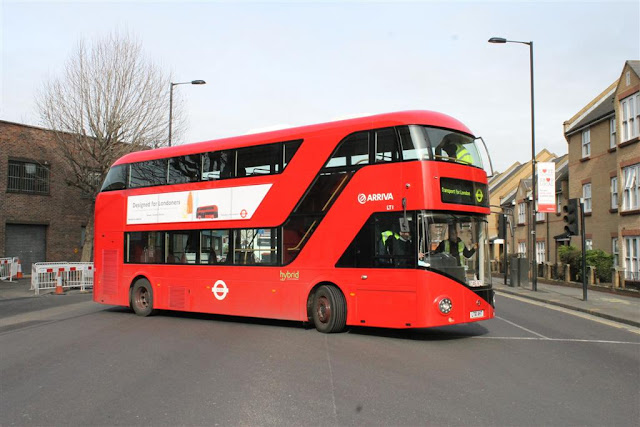 During the day I managed to see three Hydrogen Fuel Cell buses on the RV1 route and travel on one of them LK60 HPN, from Covent Garden to Tower Gateway. The ride was pretty uneventful and the vehicle glides along, easily keeping pace with other traffic. We passed two other vehicles of the same type, operating on the RV1 route. 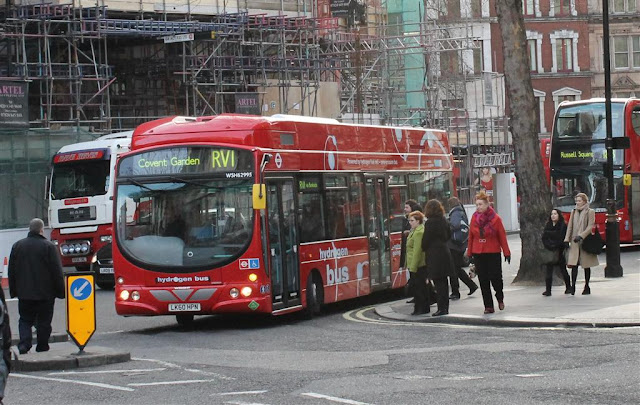 The hydrogen fuel cell works like a battery. As hydrogen gas flows into a fuel cell, the hydrogen combines with oxygen and is converted into water. In the process it produces electricity and this powers the electric motor which drives the vehicle. 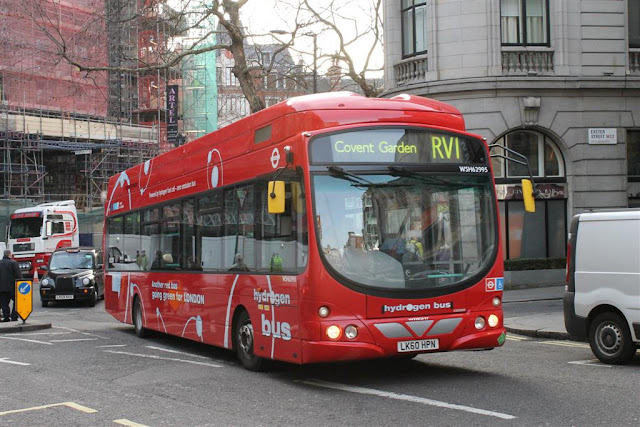 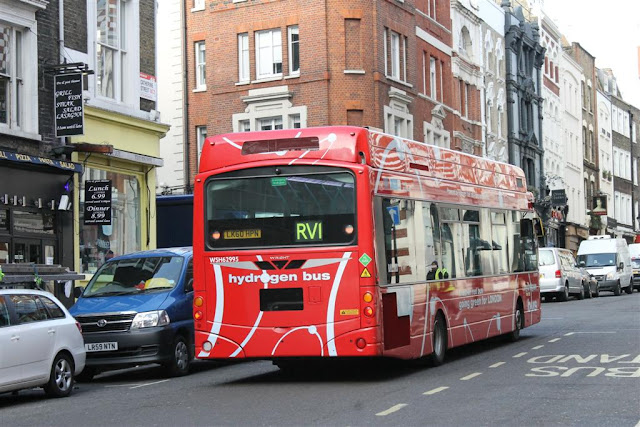 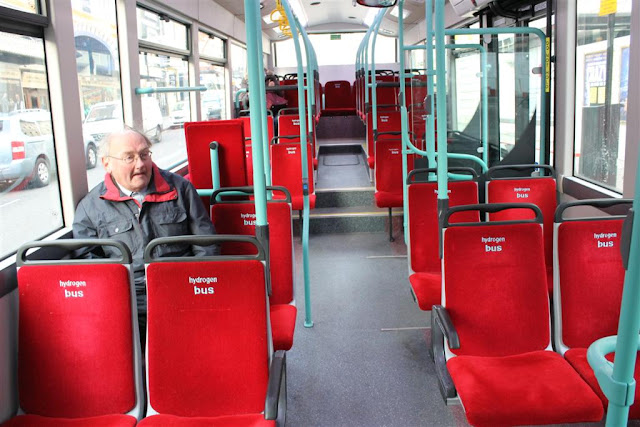 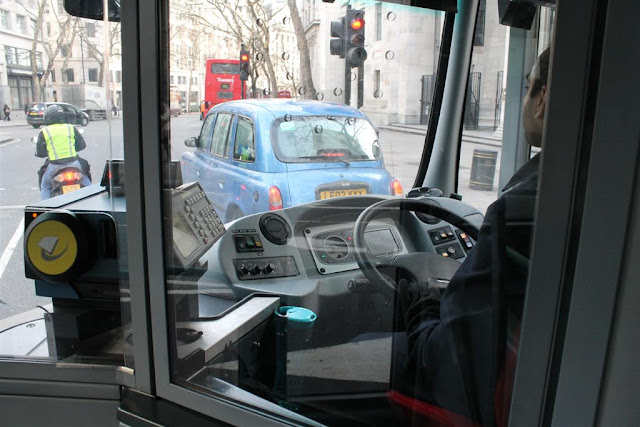 The only emission from a fuel cell bus is water, which forms a vapour cloud as it leaves the exhaust and enters the atmosphere.
David Gambles