Olympics - Transport could be overloaded 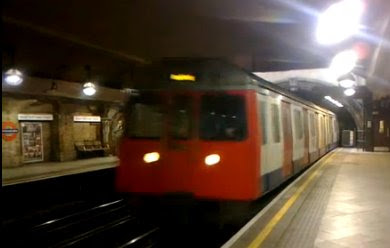 Millions of workers at Britain’s companies are being urged to stay at home during the Olympics after organisers warned of hour-long queues at Tube stations.
Firms have been told they should send staff on holiday or let them work from home to ease the strain on London’s Underground as millions of visitors flood into the capital during the Games.

Transport chiefs predict there could be hour-long queues at 29 of the capital’s Tube stations if businesses fail to take action. The worst hit will be the Jubilee Line, which serves the Olympic Park.
The key commuter stations along the line –  Waterloo, London Bridge and Canary Wharf – are predicted to experience crowds which may have to be controlled by the police.
In total, queues of more than half an hour are expected at 53 key stations in the capital.
In a bid to ease the problem, Transport for London (TfL) has spent £4.5 million sending a team around the country to persuade businesses to divert staff and suppliers away from Central London during the Games.

A glimpse of the chaos that may be in store during the Olympic period in August occurred at Waterloo at 8.55am on Tuesday.
The barriers at the Jubilee Line entrance were closed due to a faulty escalator, triggering a 14-minute wait and a chaotic 100-yard queue, with no TfL staff to control it.
A spokesman for the country’s largest rail workers’ union, the RMT, said: ‘There’s no question the Tube stations are going to be overwhelmed during the Games.
'We have severe safety concerns which we have raised with TfL over the potential  carnage that could occur.’

An Olympic Delivery Authority document, entitled Keep On Running, states that disruption from an overburdened transport network will only be avoided this summer if businesses match the 2000 Sydney Olympics, where more than one in four employees took holiday and  22 per cent of staff worked away from city centre offices.
Last week, Peter Hendy, the TfL Commissioner, urged commuters to go to the pub after work to avoid rush-hour disruption.

Email ThisBlogThis!Share to TwitterShare to FacebookShare to Pinterest
Labels: buses, railways
Newer Post Older Post Home
The Focus Transport website is intended to appeal to those that have a broad interest in public transport.
We cover topical news items and display high quality photographs relating to the current transport scene and also show archive material from slides and prints that are relevant to the subjects under review.
We publish in-depth articles about transport issues and welcome contributions from anyone who has suitable material.