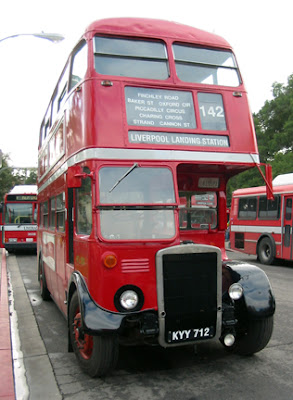 RTL 1014, is returning to the UK and will be shipped out of Long Beach, California, bound for London's Ensignbus Transport Museum.

The Associated Students of UC Davis launched the University Transit System (now called Unitrans) with RTL 1014 and another bus from the London Transport Board in 1968. The buses, and other vintage double-decks acquired since then, are UC Davis icons.

RTL 1014 has the original engine and gearbox and has been limited to special service since 2007 because the engine doesn't meet emission requirements. The student-run bus service still operates three vintage double-decks from London — each of them running on updated, clean-burning engines — and two modern double-decks. 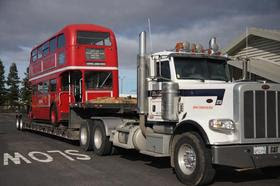 Unitrans, the university’s transit system, was happy that London’s Ensignbus Transport Museum bought the bus for $7,000. Unitrans originally paid Ensign Bus Co. $3,500 for the bus in 1968.