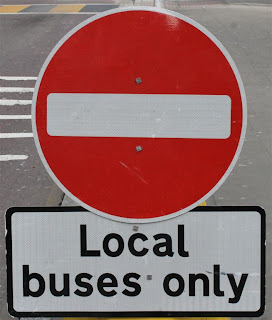 MOTORISTS who use bus lanes in Scotland's three biggest cities face fines of around £60 now that councils have been given the powers to crack down on drivers who ignore the law.

A network of cameras has been installed at key locations in Glasgow and Edinburgh and the crackdown is due to be rolled out in Aberdeen.
The cities' authorities, who gained new powers on February 6, are now filming offenders and from April will be sending out penalty notices.
The changes, which recently cleared their last hurdle in Holyrood, were welcomed by the Automobile Association. It said they would help prevent drivers taking short-cuts past queues of motorists. Spokesman Luke Bosdet said such powers had been shown to improve driver behaviour in London.
He added: "The evidence is that, as with parking fines, compliance has been very good and that people obey the law."
However, he said it was important councils provided photographic or video evidence of bus lane abuse to avoid penalising drivers who cross into bus lanes in exceptional circumstances. The AA has also called for a right of appeal.
A Glasgow City Council report last year predicted bus lane fines would earn £250,000 in the first year, which  would be re-invested in transport infrastructure. City of Edinburgh Council declined to say how much it expected to make but said the focus was on deterring abuse.
Gordon Mackenzie, Edinburgh's transport convenor, said: "Illegal use of these lanes can cause unnecessary delays to bus journeys and accidents but now these cameras are up and running I'm hopeful we will see a sizeable reduction in those problems."
A Glasgow City Council spokesman added: "Drivers who abuse bus lanes are inconsiderate.
"We have long believed civil enforcement with cameras will help drive down the number of offences in Glasgow – as it has elsewhere."
The power to enforce bus lane regulations currently resides with police, who can issue a non-endorsable fine of £30 only if a local order has been passed by the council.
However, such powers are rarely used, prompting Glasgow, Aberdeen and Edinburgh to ask the Scottish Government to pass enforcement powers to them.
A consultation on decriminalising enforcement of bus lane abuse was launched in 2010 and eventually reached the end of its process after Holyrood's Infrastructure Committee declined to raise any objections.
The cameras record the number plates of all vehicles that drive through bus lanes, then check them against a "white list" of number plates registered by bus firms, emergency vehicles and taxis. A separate camera records a video of the incident which is checked before a fine is issued.
A network of 10 cameras has been installed through Edinburgh's city centre and along key routes going west, east and south.
Twelve cameras have been installed in Glasgow in the city centres and along "Streamline" bus corridors, though it is expected that some locations may change.