Souter Investments will not bid for Edinburgh Airport 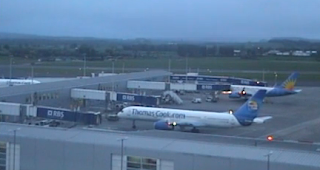 Sir Brian Souter will not engage in the first round of bidding for Edinbugh Airport. His Souter Investments company was thought to be interested in joining a consortium which would take part in the bidding exercise.
However Souter Investments are now saying that they won't take part, but that they might be interested in the process of joining forces with any short listed bidders at a later stage.
BAA has been forced to put Edinburgh Airport up for sale following a Competition Commission ruling that said that BAA could not retain ownership of both Glasgow and Edinburgh sites.
Glasgow Airport is valued at between £400 - 600m and the deadline for first round bids expires this week.