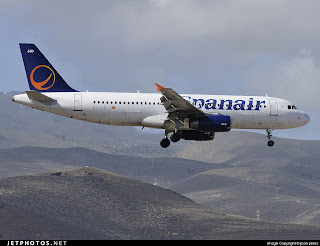 Spain's fourth-largest airline Spanair has collapsed, leaving more than 20,000 passengers stranded across Europe and Africa.
The Barcelona-based firm stopped operating on Friday and more than 200 flights were abruptly cancelled.

The collapse comes after Qatar Airways stopped takeover talks, ending the prospect of further financing, and also reflects weak demand for air travel in Spain.
In 2008 a Spanair plane was involved in Spain's worst aviation disaster in 25 years, when it crashed on takeoff as it tried to leave Madrid's Barajas airport, killing 154 people. The aircraft's wing flaps were incorrectly positioned and a warning system failed to alert the pilots. 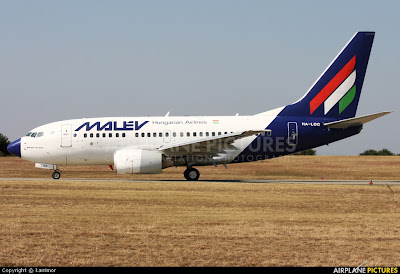 The Hungarian national airline Malev has folded after its financial situation became unsustainable.
"At 0500 GMT... after 66 years of almost continuous operation Malev will no longer take off," it said.
It came after the European Commission ordered Malev to repay various forms of state aid received from 2007 to 2010.
The sums involved amounted to 38 billion forints (130m euros; $171m; £108m), a sum equal to its entire 2010 revenue.