The new western concourse at Kings Cross Station is now complete and was opened to the public this week. 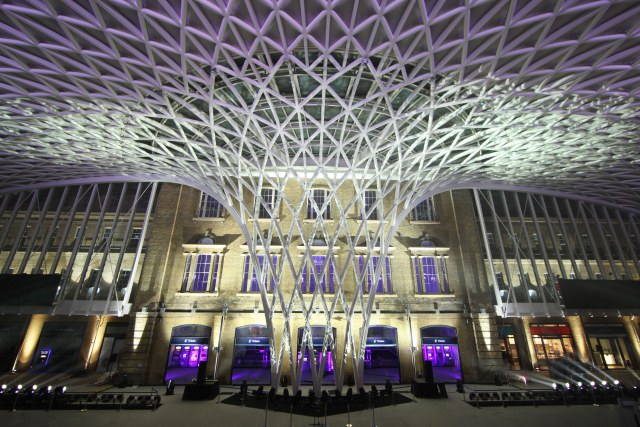 The new layout reorients the station toward the west, with the ticket offices, departure information, retail and dining options placed beneath the impressive new latticed roof. The existing departure area of the station thus becomes the arrivals area.

There is further work to be done: the unsightly green canopy at the front of the station, a hangover from the 1970s that was only intended to be temporary (Camden council has to re-apply for its permission every year) will be dismantled and the area turned into a public plaza, re-introducing the beautiful brickwork of the station’s frontage to public view, much as it was when it was opened in 1852. 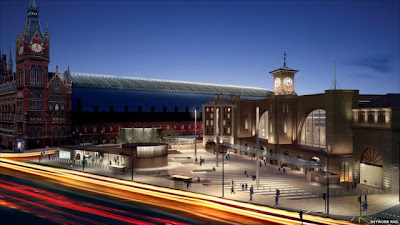 An artists impression of what the Plaza will look like after the green canopy has been demolished. St Pancras station can be seen in the distance. 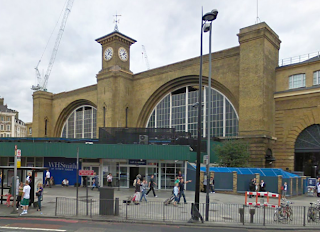 The ugly green canopy which hides the original frontage of the station will be demolished to form the plaza area.

The pictures are provided by Network Rail via the Londonist website.
http://londonist.com/2012/03/in-pictures-the-new-kings-cross-station-concourse.php?showpage=6#gallery-1