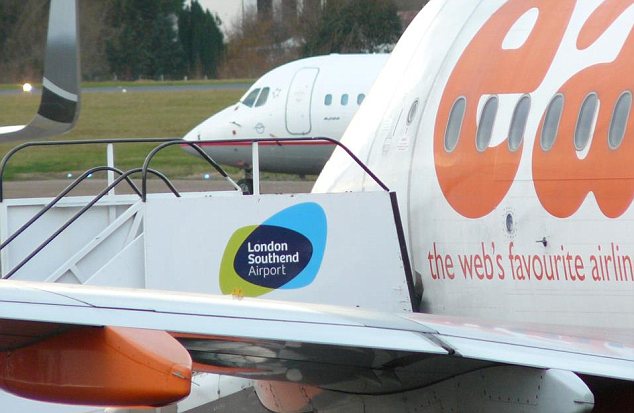 The ancient runway at Southend Airport has been lying almost dormant since Stanstead opened its doors, except for the odd cargo flight and hobby-plane from its resident flying club.
But the airport, that used to ferry hundreds of British holidaymakers across the Channel every day, is set to return to those glory days once more thanks to a £100 million makeover.

Managers hope to transform the conspicuously named 'London Southend Airport' back its former glory as a pulsating launchpad for Europe-bound holidaymakers. 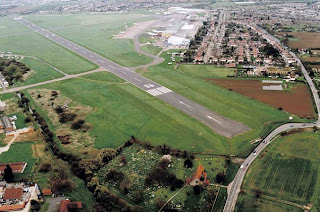 It began as a base for World War One bi-planes before doubling as a satellite base during World War Two. The post war period saw a boom in commercial air travel and Southend became home to Channel Airways and British World airways.


But that success was smothered by the rapid growth of the cross-Channel car ferry and, later, the launch of London Stansted up the road.
It is now the Capital's sixth international flight hub - following in the jetstream of Heathrow, Gatwick, Luton, Stansted and City.
Currently, holidaymakers can fly wherever they like from London Southend, just so long as it is Waterford, in Southern Ireland.
But from April 2, flights will take off to a rather more glamorous line of destinations, including Malaga, Ibiza and Majorca, the airport could soon return to its bustling heyday of the 1960s.
Its resuscitation began after its purchase by lorry magnate Eddie Stobart. Since, a £100 million investment has brought a runway extension, a control tower, railway station and a Holiday Inn.
http://www.dailymail.co.uk/news/article-2110368/Welcome-London--Southend-Capitals-sixth-international-aiport-opens-Essex-100m-makeover.html