Should Taxis Use Bus Lanes?

Addison Lee, Britain's biggest minicab company is protesting about the fact that licensed taxis are allowed to use bus lanes and minicabs are not. In doing so John Griffin the owner of Addison Lee is saying that "taxis are not public service vehicles, we will fight the injustice in the current legal system that subsidises them as if they provided a public service." 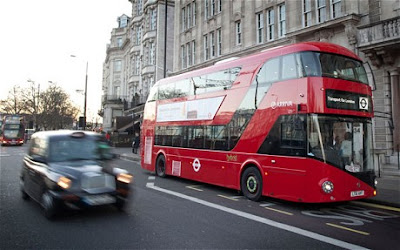 Addison Lee drivers have been told by their company to use London's bus lanes illegally and have been assured that the company will pay any fines if they are caught.

Addison Lee faced prosecution in 2010 after it told its drivers to use the unpopular M4 bus lane, which was subsequently scrapped by the Government. The private hire company had been preparing to make a defence of its position on the M4 bus lane in court after its drivers were issued with more than 200 tickets and 130 court summons.
However, the charges were dropped shortly before the date of the hearing after prosecutors decided the case was not in the public interest.
A spokesman for Addison Lee said the company decided to re-ignite debate this week in an effort to speed up its latest legal challenge. A date for the judicial review has yet to be decided.
“Our aim is to get into a court of law to argue against this legislation,” the spokesman said.
TfL said despite Addison Lee’s action, it had not yet detected a surge in the number of private hire cars using London’s bus lanes.
The authority argues that black taxis operate a different service to minicabs as they can be hailed to pick up passengers from the side of the road.
http://www.telegraph.co.uk/finance/newsbysector/transport/9206905/Addison-Lee-sparks-row-with-TfL-after-telling-drivers-to-use-London-bus-lanes.html

Focus Comment
It never seems logical for taxis to be given the right to travel in bus lanes. They are not public transport in the sense of charging separate fares for complete strangers to travel together. They cater for people who are prepared to pay a lot more than the price of a bus or train ticket for their journey. In fact it could be said that taxis are at the complete opposite end of the transport ladder. Taxis are cars, they pollute in the same way as cars do and frequently just carry one passenger so why do local authorities allow them to use bus lanes?
In most large cities, taxi ranks have been built in prime locations and during the day are filled to capacity with taxis crawling forward, engines idling until they reach the front of the rank. They use bus lanes to whisk their wealthy customers through the city streets, all adding to congestion and in doing so adding to delays for buses. Where is the logic in all of this?
David Gambles