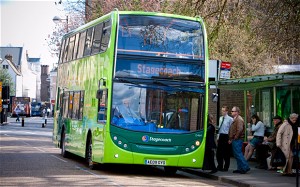 The Telegraph and 'Greener Journeys' co-hosted a debate recently, examining some of the issues surrounding bus travel, government funding and the vital role the bus plays in mobilising the UK workforce and economy.

Thanks to Mike Willis for sending us the links.