Hundreds of drivers from East Midlands Trains walked out yesterday, on the first of six strikes planned in May. 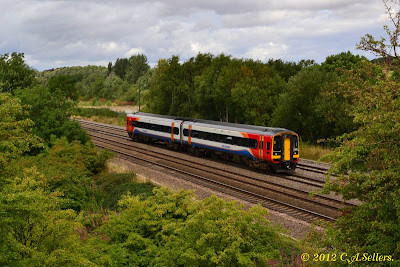 Drivers' union Aslef said it was staging the one-day strikes over the firm's plans to reduce pension contributions for workers from July.
The company said the change would not affect pension benefits but the union said the calculations were unreliable.
Action is also due to take place on 3, 8, 10, 15 and 17 May. It is likely to disrupt services.
East Midlands Trains has pledged to run as many services as possible.
An Aslef spokesman said: "East Midlands Trains is proposing to reduce its contributions into the scheme despite the turbulent economic climate which is likely to have reduced the fund's assets since the last valuation.

"The company's short term cost-cutting measures will have long-term implications for all staff and their pensions."
Aslef has more than 450 members at the train company.
David Horne, managing director for East Midlands Trains, said a recent valuation of the pension scheme had identified a surplus in payments.
"It's really is good news for our people that the joint contributions are reducing for all of our employees, and for drivers this will save them around £500 a year," he said.
"The benefits at the end of their service are protected. So we are not talking at the moment about any reduction in pension benefits."
The train company said customers who decided not to travel could receive a refund or they could travel the day before or the day after the strike days.
It added that other train operators and some Stagecoach bus services would be accepting valid East Midlands Trains' tickets during the strike days.