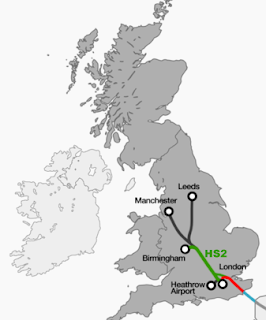 A Bill paving the way for the High Speed Rail (HS2) line from London to Birmingham and beyond will not be included in the Queen's speech – delaying the proposal for at least a year.
Justine Greening, the Transport Secretary, approved the £32billion project this year, to cut the journey time on the route to 49 minutes from 2026.
However, a “hybrid” bill – a device used to pass major national transport projects into law – would be needed, which would open it up to scrutiny and possible amendments by select committees.
HS2 is contentious – largely because of its cost and its proposed route, which would take it through some of England’s most beautiful countryside, including the Chiltern Hills. It will pass through the constituencies of five Conservative ministers – at least one of whom, Cheryl Gillan, MP for Chesham and Amersham, could resign.
By opting to introduce the hybrid bill in a year or more’s time, ministers have postponed what is certain to be a parliamentary struggle and the threat of resignations.
The last hybrid bill, for Crossrail under central London, took almost three and a half years to pass even though it had all-party support.
Ministers believe HS2 will bring economic benefits of up to £44billion over 60 years.
As well as MPs whose constituencies are affected, they have faced the wrath of Tory donors and countryside campaigners among others.
A spokesman for the Department for Transport said an HS2 bill had "never" been planned for this session.