Leeds Hybrids Take to the Road 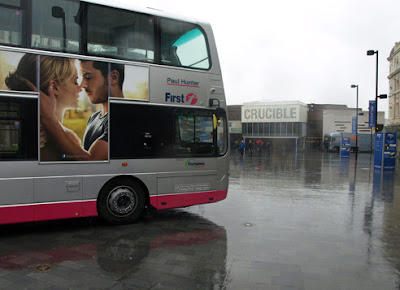 Major improvements have been taking place to bus services in Leeds using the A61 guided bus-way on Scott Hall Road, as a result of a partnership between Metro, First and Leeds City Council.

The improvements include the introduction of 22 brand-new diesel-electric hybrid buses that produce 35% lower carbon emissions, are kinder to the environment and are quieter than other vehicles.

In preparation for the arrival of the new vehicles, which are partially funded via the Department for Transport Green Bus Fund, Metro and Leeds City Council have resurfaced sections of the guideway, made shelter improvements and increased the number of litter bins.

To mark the introduction of new, diesel-electric hybrid buses on services 7, 7A and 7S to Wigton Moor, Alwoodley and Shadwell, Leeds people were asked to name buses after local heroes who have done good work for Leeds and have helped raise the profile of the city.


LEEDS snooker legend Paul Hunter has been remembered as his name was unveiled on the side of a new First hybrid-powered bus designed to be kinder to the local environment.

The new diesel-electric hybrid bus was taken to the World Snooker Championships at the Crucible Theatre in Sheffield where it was unveiled by snooker legends Steve Davis and Dennis Taylor, along with members of Paul’s family.

The unanimous choice of many was former Leeds based snooker legend Paul Hunter, who many believe would have gone on to be a world champion if his life had not been cut tragically short when he died of cancer.

Chris Lovell, of the Paul Hunter Foundation, said: “I would like to thank First and Metro for giving such a wonderful honour to the memory of Paul’s name.

“Paul was very proud to come from Leeds and it seems very fitting that a bus with his name on will be seen on the streets of Leeds for many years to come.”

Simon Pearson, First's Revenue & Customer Services Development Director, said: "We are delighted to work in partnership with Metro to honour some of Leeds's most famous sons and daughters.

"These new hybrid buses are at the cutting edge of technology in terms of comfort, safety and environmentally-friendliness and therefore it is right and proper they are named after people at the very top of their chosen professions, both past and present, such as Leeds legend Paul Hunter."

The silver double deck buses, which are powered by a combination of diesel and batteries, provide an increase in capacity and will be a major boost for the local environment. The introduction of leather seats will provide increased comfort for passengers. Dubbed the ‘Seven Series’,services 7, 7A and 7S provide a five-minute frequency along common parts of the rout, including the Scott Hall Road guided busway.