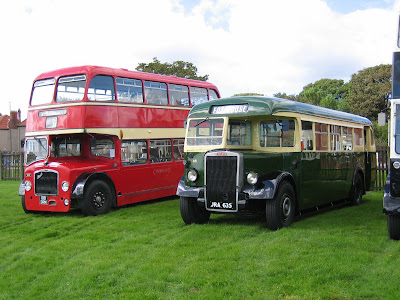 Classic and historic vehicles are to be exempted from the annual MoT test, the Government has announced.
From November 18 this year, owners of vehicles manufactured before 1960 will not have to have to take them in for an MoT, Roads Minister Mike Penning said.
Pre-1960 licensed vehicles make up about 0.6% of the total number of licensed vehicles in Britain, but are involved in just 0.03% of road casualties and accidents.
Mr Penning said: "We are committed to cutting out red tape which costs motorists money without providing significant overall benefits.
"Owners of classic cars and motorbikes tend to be enthusiasts who maintain their vehicles well - they don't need to be told to look after them, they're out there in all weathers checking the condition of the engine, tyres and bodywork."
He added: "Owners of classic vehicles will still be legally required to ensure that they are safe and in a proper condition to be on the road, but scrapping the MoT test for these vehicles will save motorists money."
The decision follows a campaign by the All-Party Parliamentary Historic Vehicles Group, led by East Yorkshire MP Greg Knight, its chairman.
Mr Knight said: "I am delighted by this announcement. Accidents involving historic vehicles are extremely rare and the majority of owners are meticulous in keeping their vehicles in good condition. Having to have an annual MoT test for a vehicle which may only travel a few hundred miles in a year was costly and absurd."
AA president Edmund King said: "Cutting the red tape of an MoT requirement for classic pre-1960 cars is a victory for common sense."