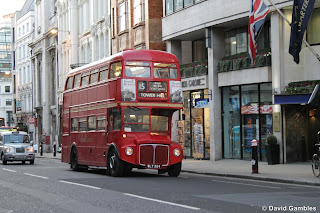 Thousands of bus drivers in London will go on 24-hour strike next Friday, in a dispute over pay during the Olympics, the Unite union has announced.
The strike will start at 03:00 BST on Friday, 22 June and last until 03:00 BST on Saturday, 23 June.
The union has demanded every bus driver should get a £500 bonus in line with other transport workers.
Transport for London (TfL) said it was a matter for the bus companies but has called the action "reprehensible".
The union said it could not rule out further strikes during the Olympics.
'Massive' workload Unite regional secretary for London, Peter Kavanagh, said: "London buses will come to a standstill for the first time in a generation across London on 22 June.
"The blame lies squarely with the bus operators and TfL.

"The bus companies haven't met with Unite once to discuss bus workers' extra contribution to the Olympic Games and TfL has refused to intervene." 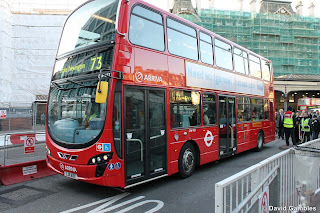 The union said more than 20,000 workers should receive a £500 bonus to recognise the "massive increase" in workload during the Games.
It added bus workers were the only London transport workers not receiving an award for their extra effort during the Olympics.
Leon Daniels, TfL's managing director of surface transport, said: "We remain clear that this is a matter that must be resolved between the private bus operating companies and the bus workers they employ.
"We urge both parties to seek a resolution as soon as possible.
"Everyone wants a successful Olympic Games this summer and this action is the wrong approach at a time when London is preparing to welcome visitors from around the world to the capital."
The last London-wide bus strike took place in 1982.

Focus Comment   It is disappointing that TfL are refusing to play a part in this situation. There is every reason why they should call a meeting between the bus companies and the employees.
Deals have been announced giving workers at Heathrow Express £700, Network Rail £500, Docklands Light Railway £900, London Overground £600 and London Underground at least £850.
David Gambles