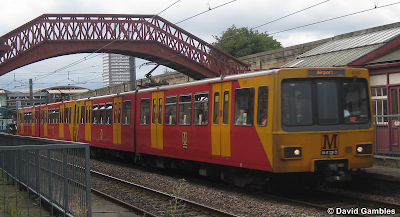 Workers on the Tyne and Wear Metro are to go on strike in three separate disputes over pay and other issues.

The Rail Maritime and Transport union (RMT) announced 24 hour walkouts on June 7 and 21, while cleaners on the transport system will strike for 48 hours from 10.30pm on June 10.
The union said the action followed talks with operating company DB Regio which failed to resolve a pay row, while cleaners were facing a wage freeze and are in dispute over allegations of victimisation of a colleague.
RMT general secretary Bob Crow said: "RMT cleaners have shown that they will not put up with victimisation and bullying and poverty pay and the DB Regio members have given a resounding no to attacks on pay and conditions.
"They have delivered the strongest possible mandate for action in three separate ballots and we know that the action will prove to be rock solid.
"In the face of the insulting pay offer of 1.3% offer for DB Regio, the attempt to impose poverty pay on the cleaners and the outrageous attack on one of our members we have no option but to take action in defence of standards of living in a climate free from victimisation.
"It wasn't transport workers who created this economic crisis and we will not sit back and wait for our members to take the hit in their pockets."