A Sunday train service last used just after the Second World War is to provide a major transport link during the Olympics and Paralympics.
The Waterloo & City line, known as “The Drain”— the direct link between Waterloo and Bank — is to open on Sundays throughout the Games. 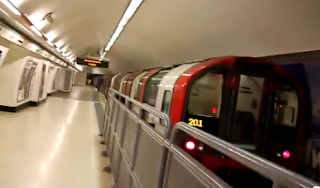 Usually the busy commuter route does not open on Sundays because transport chiefs say there is no demand. Sunday services last operated regularly between 1943 and 1947.
It will provide a major boost for the 80,000 extra passengers a day expected to use Waterloo mainline station during the Games. It will provide spectators with direct access to the Docklands Light Railway and Central line at Bank while avoiding the Jubilee line. They will also avoid London Bridge — forecast to be one of the most overcrowded stations throughout the entire Games.
Caroline Pidgeon, leader of the Lib- Dem group on the London Assembly and the Assembly’s transport committee, said: “This is a welcome development. Transport for London should use this opportunity to examine potential weekend demand and see whether there is a case for regularly running trains every weekend.”