Sir Richard Branson's Virgin Trains will push for a judicial review if the Department for Transport awards the 14-year franchise to FirstGroup this week as expected, The Sunday Telegraph has learnt.
Virgin has been operating West Coast services between London and Scotland for 15 years through a joint venture with Stagecoach. However, insiders say Virgin Trains now faces an uncertain future, with one senior source warning: "It could be farewell to Virgin Trains." 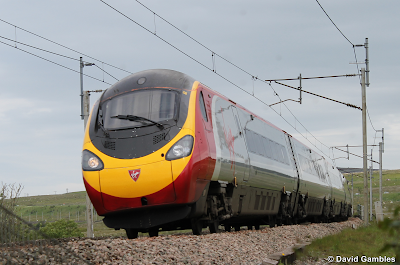 FirstGroup is thought to have made what industry insiders describe as a "suicide" offer of £6.5bn-7bn to run the West Coast line, outbidding Virgin, its closest competitor for the franchise, by about £1bn.
Dutch train company, Abellio, and France's SNCF are believed to have bid close to, or below, the £5bn mark.
Virgin has spent almost £13m bidding for the West Coast contract and Sir Richard has warned the Government that it risks repeating rail franchising mistakes of the past if it goes with FirstGroup's offer.
In a leaked letter to the Transport Secretary, Justine Greening, Sir Richard claimed the only way FirstGroup could meet its commitments would be to "drastically cut the quality of services". Industry experts say there is a high likelihood FirstGroup will have to "hand back the keys" to the franchise before the contract ends in 2026, a fate suffered by both GNER and National Express which abandoned the East Coast Main Line when their bids proved unviable.
The judicial review would be the first legal challenge of its kind in the rail industry.
One senior industry source admitted it is a "long shot" but pointed out that Sir Richard has little other choice if he wants to remain in the rail business. "A judicial review is a difficult process but Sir Richard is passionate about rail," said the source. "He doesn't want to see a repeat of the National Express situation."
It is believed Virgin, which is headed by Tony Collins, has spent up to £60m bidding for rail contracts in recent years but West Coast is its only remaining franchise. It made several unsuccessful tilts at the East Coast Main Line and lost the Cross Country franchise to Arriva in 2007.
Virgin Trains would not comment but it is believed its bid team has not met DfT officials for more than a fortnight.
FirstGroup already has a registered company called First West Coast. Richard Parry, a former director at London Underground, has been leading FirstGroup's bid for the inter-city West Coast services.
Sceptics have pointed to FirstGroup's recent decision to hand back the First Great Western franchise three years early after the economic downturn rendered its £1.1bn contract uneconomic. By taking advantage of a break clause in the contract, FirstGroup avoided payments of almost £830m to the Government.
Virgin Rail Group, which is 51pc owned by Sir Richard and 49pc by Stagecoach, currently pays about £160m a year to run West Coast services. A £7bn bid would see FirstGroup having to meet payments averaging £500m a year. A spokeswoman for FirstGroup would not comment on the West Coast franchise but insisted: "We do have a track record of bidding responsibly."
Rail unions have warned FirstGroup it will face a major industrial battle amid fears cost-cutting could lead to the loss of up to 800 jobs. Bob Crow, general secretary of the RMT Union, has slammed the West Coast deal as an exercise in "casino franchising".
The DfT has come under pressure from the Chancellor to maximise proceeds from rail franchises. The DfT refused to comment, insisting the franchise was still a "live competition".

Email ThisBlogThis!Share to TwitterShare to FacebookShare to Pinterest
Labels: First, railways, Stagecoach, Virgin
Newer Post Older Post Home
The Focus Transport website is intended to appeal to those that have a broad interest in public transport.
We cover topical news items and display high quality photographs relating to the current transport scene and also show archive material from slides and prints that are relevant to the subjects under review.
We publish in-depth articles about transport issues and welcome contributions from anyone who has suitable material.