The 'Emirates Airline' is an aerial cable car system between North Greenwich and the Royal Docks. It was opened as an attraction for Olympic visitors and was a popular method of crossing the Thames during the time the games were in in existence.
I tried it out yesterday travelling from south to north, alighting from a tube train at North Greenwich and strolling across to the ticket hall which was almost deserted now that the Olympics have finished. By showing my off peak day travel card I received a discount and paid my £3.20 to the friendly ticket office clerk.
The cable cars keep moving slowly around a central hub at the boarding station, giving plenty of time to climb aboard before accelerating upwards. It was a lovely warm sunny day so the views were perfect as we headed up towards our maximum height.
The many tracks of the Docklands Light Railway (DLR) were in full view as was the Dome and in the distance the tall buildings of the City. Looking to the east, London City Airport was in view but sadly no planes were using the runway. The route of the cable cars appear to be close to the flight path of the planes, but obviously that can't be the case and the planes must take a steep climb to avoid them.
The ride was over and done with very quickly and I couldn't help noticing that around half of the cars were travelling empty. Maybe TfL should offer some incentives to travel on this clever piece of engineering. Although it duplicates the route of the DLR and the Jubilee Line it is worth taking a trip and I would certainly recommend it. 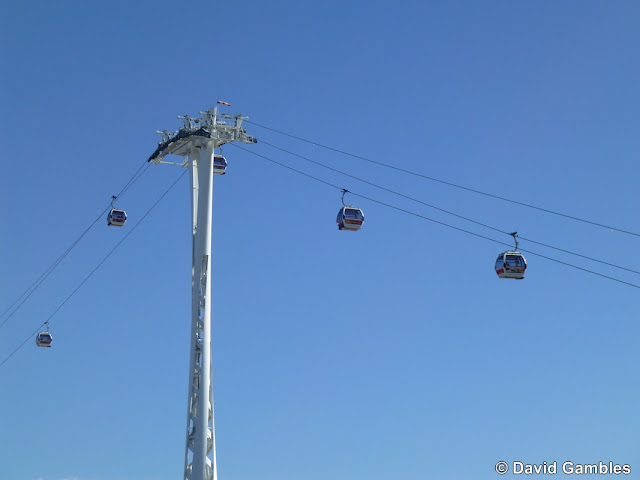 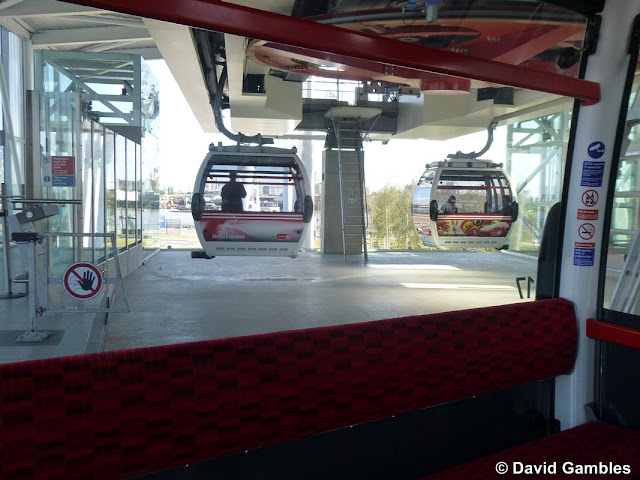 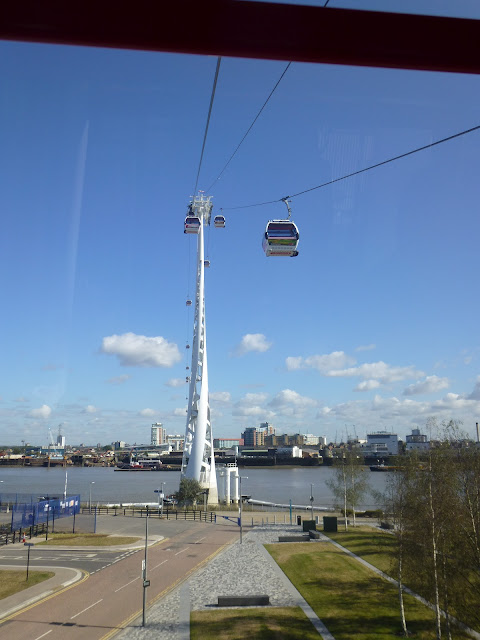 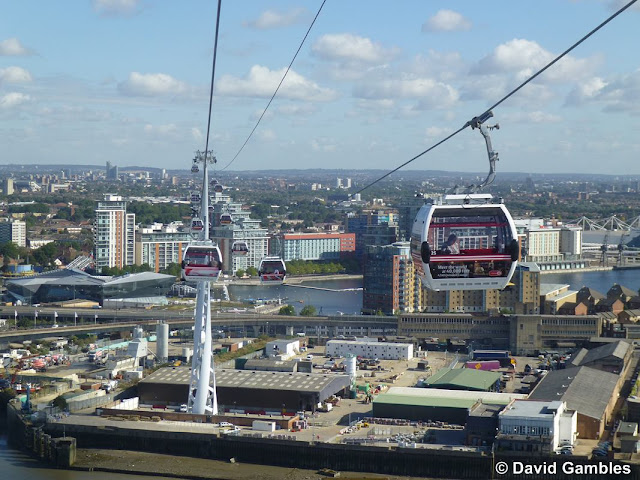 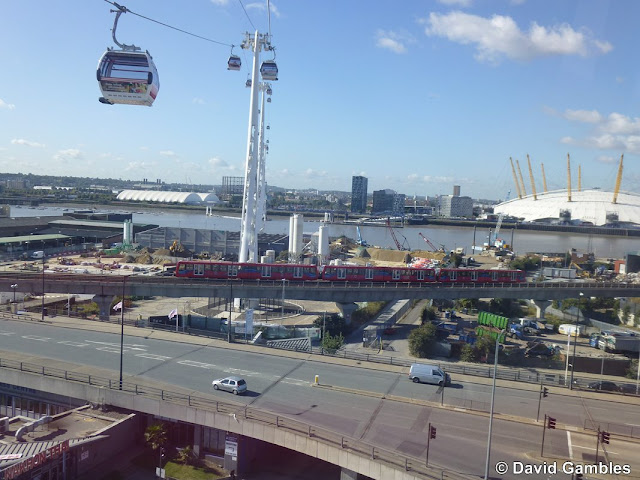