Since my last visit to Croydon in February six new trams have been delivered, so I headed for Croydon yesterday to take a ride on the new vehicles which have been supplied by Swiss manufacturer Stadler. Variobahn vehicles of the same type have already been in use in Cologne in Germany, so the technology is tried and tested and the new trams have entered service with little or no major problems.
Croydon now has 24 trams in total and passenger numbers are far in excess of original forecasts.
As well as the new trams there are schemes being implemented to increase track capacity, as there are many stretches of single track sections. A new passing loop has just been opened on the approach to Elmers End and on our journey there this new loop was used by a tram which had been following closely. 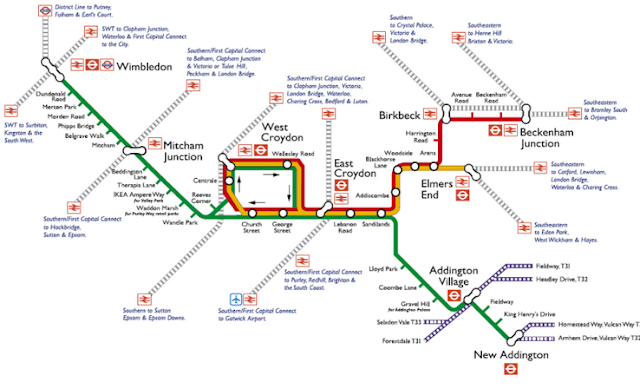