A special freight train has been spotted carrying the first 50 new Young-MAN Neoplan trolley-buses built by the Jinhua Neoplan for Kazakhstan's capital Almaty.  The Almaty order is for for 150 new trolleys. 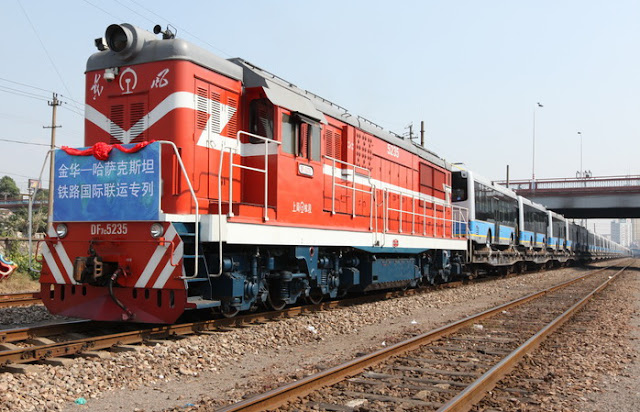 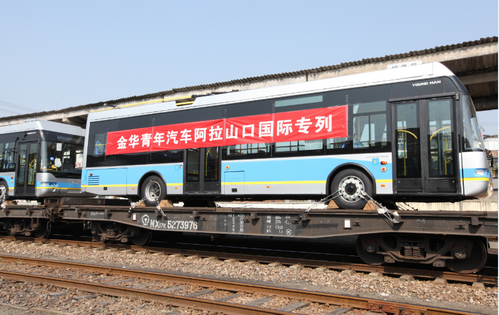 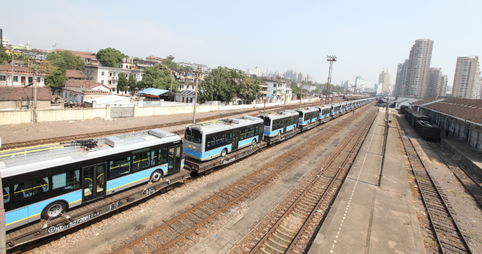 Dzungarian Gate in Chinese is Alashankou (a-la-shan-kou), this is a geographically and historically significant mountain pass between China and Central Asia.  It has been described as the one and only gateway in the mountain-wall which stretches from Manchuria to Afgahanistan, over a distance of 3000 miles.  The Dzungarian Gate is a straight valley which penetrates the Dzungarian Alatau moutain range along the border between Kazakhstan and the Xinjiang Uyghur Autonomous Region of China.  It currently serves as a railway corridor between China and Euro-Asian railway systems.  Jin-hua is a city in the south western part of Zhejiang Province, about 360 km south of Shanghai, or 180 km south of Hangzhou, the provincial capital.  A journey from Jinhua to Dzungarian Gate is almost 5000km, so for the cargo train to travel from Jinhua to Dzungarian Gate, it's probably going to take 4 days and 3 nights.  Then the trolleys have to be reloaded on to Kazakh's train since the railway gauge between China and Kazakh is different.  China adopts international standard gauge of 1435mm, while Kazakh uses Russian 1520mm wide gauge.
Ken Eveleigh