The number of people using the bus in Sheffield has risen by 17 per cent, according to the region’s biggest operator.

First South Yorkshire said it had seen passenger numbers go up between April and September - thanks to a series of fare promotions and improvements to its services.
The firm said the increase was also down to its new ‘Optio’ voluntary partnership with South Yorkshire Passenger Transport Executive, Stagecoach and TM Travel.
The scheme allows bus users to use their tickets on all buses, whatever their network, and has been extended to the whole of the Sheffield city region after a successful trial. 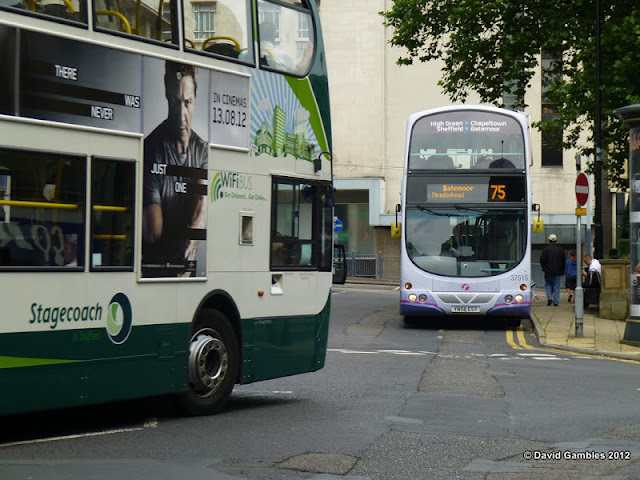 Stagecoach said it had also seen the number of Sheffield residents taking the bus rise dramatically.
Stagecoach Yorkshire commercial director Rupert Cox said: “After years of endemic decline among Sheffield operators, passenger numbers have grown dramatically for Stagecoach in Sheffield.
“Following major investment in vehicles, improved punctuality, value-for-money ticketing and new technology, passenger numbers have grown from 6m to 16m for the period from 2006/7 to 2011/12.
“This growth has been among fare payers as well as concessionaires. Passenger journeys also show an increase of 2.5 million passengers over the previous 12 months.”
Stuart Butchers, of FirstGroup, said fare reductions had been introduced on 23 routes in the city in the last three months.
The lower fares have now been extended to the whole of the First network in Sheffield.
A Sheffield FirstDay costs £3.40, a weekly ticket is £11 and a monthly ticket costs £42.
He said: “Our successful trial of recent price cuts has led to significant passenger growth on some routes in the Sheffield area. We have now rolled out these lower prices on our buses across the city, saving customers up to 40 per cent on some tickets.
“As part of the new Sheffield Bus Partnership we are encouraging more people to use the bus.
“We now have a stable, extensive network, great value fares and are committed to developing our service standards.”